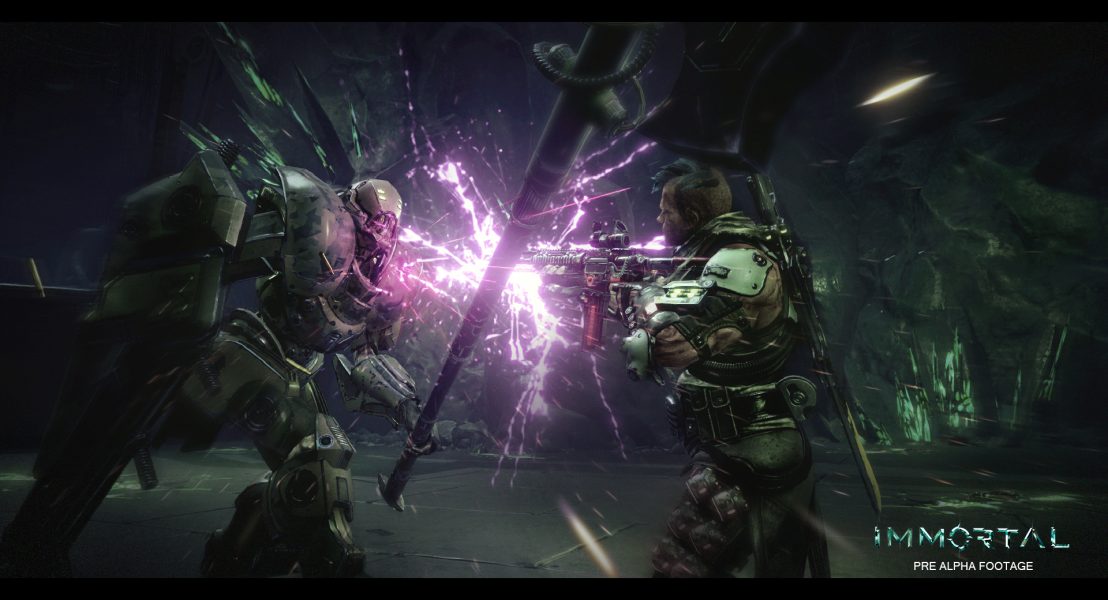 Prepare to face the apocalypse in the upcoming hardcore action Role-Playing Game (RPG), Immortal: Unchained. Set in a dark, sci-fi universe, the game is a unique take on a well-known sub-genre, blending third-person action shooter and hardcore RPG elements. Immortal: Unchained is the first original franchise from publisher Sold Out and developer Toadman Interactive and will release on PlayStation4, Xbox One, and PC via STEAM in 2018.

Immortal: Unchained features a diverse arsenal of unique weaponry for ranged and melee combat, which will aid players in exploring the world, and in facing brutal enemies and merciless boss fights. Immortal’s ranged combat mechanics allow for tactical point-of-contact shooting, and create strategic alternatives in instances when slowing down or disarming an enemy may be more beneficial than simply blasting them away.

“Immortal: Unchained is a fresh new take on the hardcore RPG genre,” explains Sarah Hoeksma, Marketing Director of Sold Out. “We wanted to craft an intriguing story and strategic combat system to set ourselves apart from the other titles out there. The game is certainly not for the faint-hearted, and we’re eager to share it with those who are brave enough to check it out at Gamescom.”

Featuring writers from Battlefield 1 and The Witcher comes a story the player will have to piece together themselves, as the central character sets off with no memory of their past. Unwillingly unchained by the warden, the player’s skills are put to the test, given only the instruction that they must stop the end of the world. Other characters in the game may shed light on the situation, but the reality is not always clear, as characters are always operating on their own agendas. Discovering the truth is just as much of a challenge as the gameplay – and just as much of a reward.

Immortal: Unchained will be available in both digital and retail versions for PlayStation4, Xbox One, and PC via STEAM in Q2 2018. The game is not yet rated.