Garena Online to bring Path of Exile to Asia

Following the successful release of their popular action RPG Path of Exile, Grinding Gear Games today announced that they have partnered with leading Southeast Asian publisher Garena Online to bring Path of Exile to gamers in Asia. Closed Beta is set to begin on November 14, 2013.

Garena Online is publishing Path of Exile in Asia, to give players a better gaming experience, beginning with a separate realm for the Malaysia and Singapore regions. This partnership is expected to expose millions of new gamers to Path of Exile while providing a version appropriate to the cultures and languages of these territories. Existing users who already play Path of Exile in areas that Garena will represent are able to continue to play the game on any desired server.

“We’re extremely excited about our partnership with Garena because they have demonstrated that they excel at bringing Western games to an international market,” said Chris Wilson, Managing Director of Grinding Gear Games. “We anticipate that this new audience will benefit the global Path of Exile community, and will allow us to expand the game even faster.”

Grinding Gear Games will regularly release videos to expand on and complement these updates, including patch previews, upcoming gameplay trailers, Developer Diaries, and a Build of the Week segment directly from Chris Wilson. Interested players should check out the Path of Exile YouTube page.

Key features for Path of Exile Version 1.0.1 include:

Path of Exile has already garnered a ton of critical acclaim in existing markets since its official launch on October 23, 2013, including top scores in recent reviews from leading game sites IGN and GameSpot.

Blade & Soul for China will be Free to Play

Further information on Path of Exile 1.0.1, including the full patch notes, can be found at https://www.pathofexile.com/forum/view-thread/606867.

About Path of Exile
Path of Exile is an online PC action role-playing game set in a dark fantasy world. Featuring ethical microtransactions, the game is free-to-play, but never pay-to-win. Playing as one of seven character classes, players find themselves banished for their past misdeeds to the dark fantasy world of Wraeclast. There, they encounter hundreds of species of opponents laden with loot and mysterious artifacts as they explore the abandoned continent.www.pathofexile.com 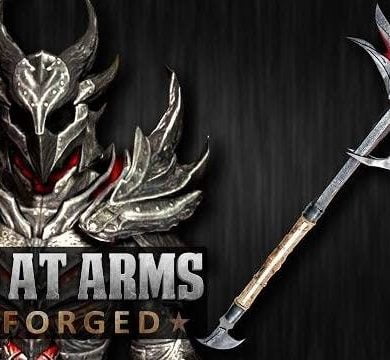