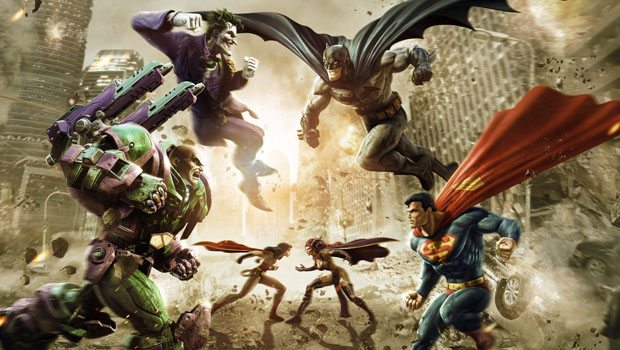 DC Universe Online is a Free-to-Play Massively Multiplayer Online Action Game set in the popular DC Comics universe. Player gets to create his/her own powerful Hero or Villain and to experience story-driven action combat gameplay as he/she fights alongside and against legendary characters such as Batman, Superman, Lex Luthor and The Joker.

“The DC Comics universe has many characters that are popular in Southeast Asian countries, such as Batman, Superman and The Joker, and Asiasoft is proud to partner with Sony Online Entertainment to bring award-winning super-heroes and super-villain gameplay experience in this region,” said Quach Dong Quang, Regional Product Director (RPG/Casual) of Asiasoft Corporation Public Company Limited. “As DC Universe Online is the first western free-to-play MMOARPG to be published in this region, the game is in line with Asiasoft’s key strategy to provide top titles to gamers in Southeast Asia.”

DC Universe Online’s Closed Beta Testing (CBT) ran from 26th June 2014 till 30th June 2014. Players who participated in CBT are able to continue their progression immediately, as there is no character reset after CBT ended. During launch period, players are encouraged to boost up two characters to level 30 for the chance to win a pair of round trip flight fare and accommodation to attend SOE Live (https://www.soe.com/soelive), happening in mid-August at Planet Hollywood, Las Vegas. For more information on the lucky draw, please visit: http://dcuo.playpark.com/en/soelive/.