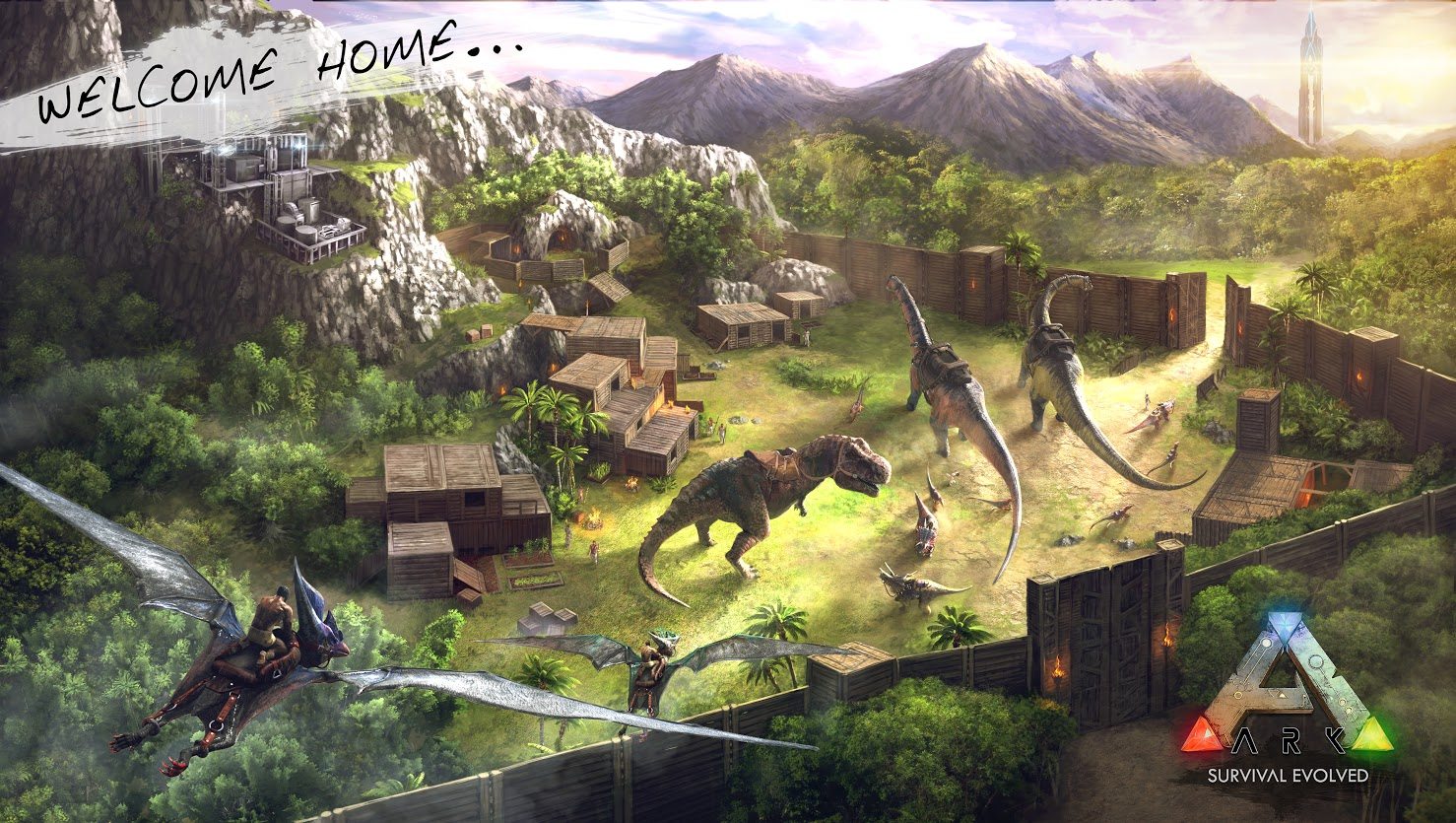 Video game developer Studio Wildcard is proud to reawaken the world’s primordial desires to play with dinosaurs in the open-world adventure game ARK: Survival Evolved. Launching today on Steam Early Access, players can now dive into this dynamic ecosystem where they will craft weapons, clothing, and tools, build multi-story houses, join and commune with other tribes, and tame, train and ride dinosaurs.

ARK takes on the survival genre with a unique blend of emergent multiplayer cooperation and competition. Players awake naked and starving on the beach of a mysterious island among a herd of other confused humans. They immediately discover that going it alone is a dangerous hardship. Those who work together will quickly learn there is power in numbers. What is the secret to survival? Each person must contribute to the collective effort: hunt, harvest resources, craft tools, research technology, and build shelters to protect against scorching days, freezing dark nights, volatile weather systems, ferocious wildlife, and lurking predators.

The open-world design of ARK is so big, mysterious, and filled with revelations that gamers will constantly be adapting and learning about its seemingly endless content. This includes a deep level of customization from the very beginning in the character creation screen, enabling highly unique features, from the herculean to the intensely bizarre. Players can:

ARK: Survival Evolved will launch in summer 2016 on PlayStation®4 with Project Morpheus support, Xbox One via the [email protected] program, and Steam, including Oculus Rift VR support and a thorough integration of Steam community features such as Steam Economy and Steam Workshop for custom maps and mods. Players will also be able to host private/LAN servers, and have access to a custom-built version of the Unreal 4 Editor for creating mods. The world of ARK is designed to be modder-friendly and ever-expanding.