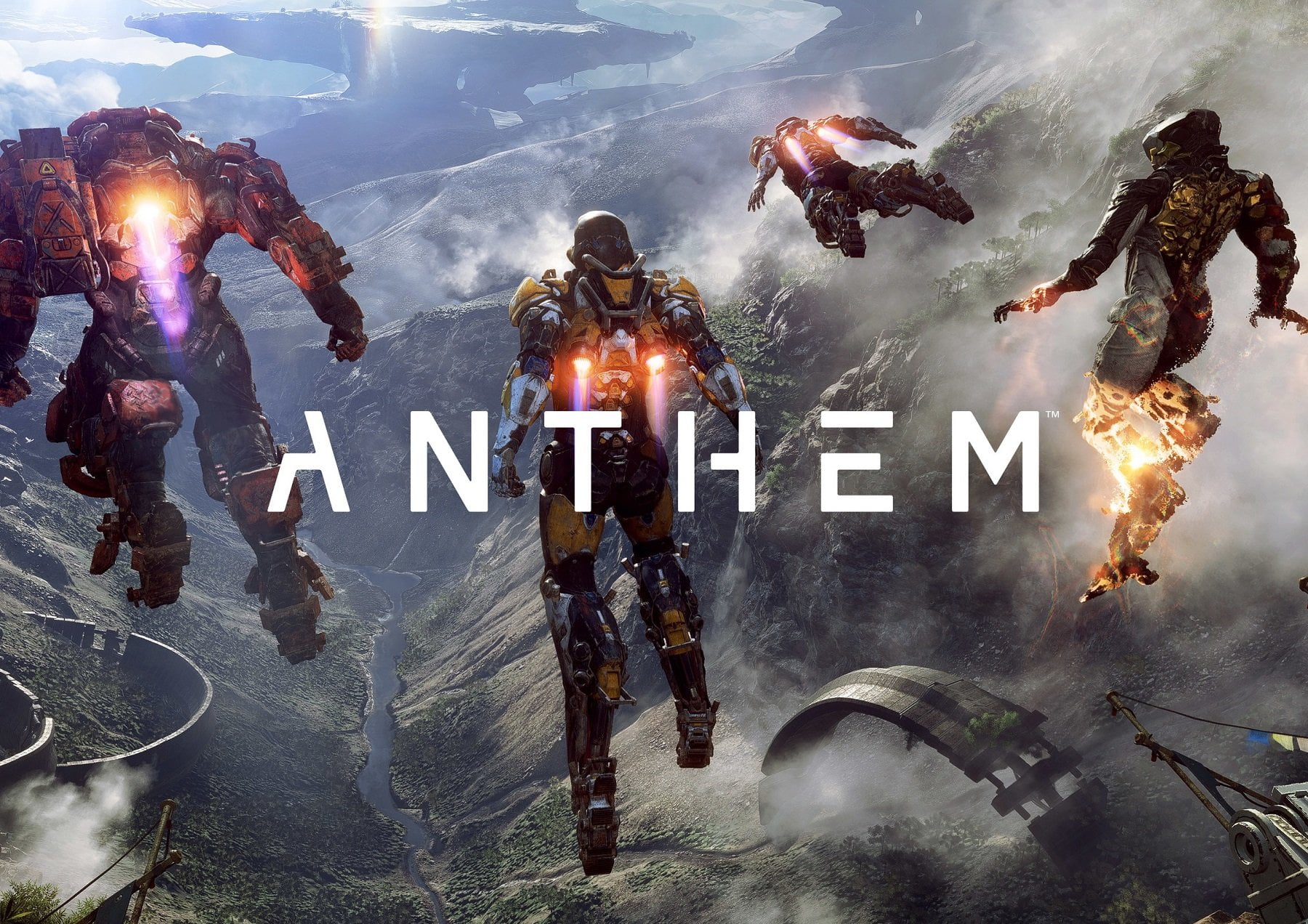 Bioware, the gaming company that we knew through their epic RPG games like Mass Effect, Dragon Age and Neverwinter Nights came up with a game that is much different from their previous games – the “Anthem”. The game developers were able to blend the best of both worlds. That includes excellent story-telling along with an intense shooting experience. I could say they’ve come out real good with it. Yes, Anthem, from Anthem of Creation, a mystic force that travels throughout the world out there. The force also disrupts the game by creating cataclysms often and once cataclysm is the Heart of Rage. And with the birth of the Heart of Rage, the story of Anthem begins.

Beginners may take some time to get familiar with the game. In your first mission, you play a rookie freelancing hero who tries to save humanity by fighting evil forces. But unfortunately, your intro mission becomes a big failure. You go forward 2 years and now you are more an experienced and skilled freelancer. People will start approaching you to hear about your story and your experiences fighting the forces etc.

Given the complex nature, major portion of the Anthem’s context is provided in dialogues and text-based collectibles. While you won’t like story-telling in most of the games, it works out really well in Anthem. You can also choose your engagement level on your own. The game will provide you with a lot of things to do and you’ll surely enjoy every aspect of it.

A major chunk of the game is played within the fortified wall of Fort Tarsis. For the most part, people discuss about the missions outside of Fort Tarsis and as well as about the people inside it. These conversations often end in taking up a mission outside Fort Tarsis in the wilderness of Bastion. Oh, may I just say how amazing it is?! The developers had some real taste in designing the environment in Bastion. It is full of thick jungles, beautiful ruins and caverns. Also deep down there, you can find a lot of corners for you to explore. Bastion may seem huge from the outset but when you go deep down into it, it’s actually smaller.

Flying around Bastion with your javelin feels amazing, and we don’t think many games could pull it off as well as BioWare did. In a large open world, it would seem like you’d overheat and be forced to land for a short time more often. On the other hand, in most missions, the next objective area is usually close enough to where to you’d be able to fly there before your javelin overheats. Even if it were to take a bit longer, the developers added a more realistic mechanics to prolong your flight time by diving to give an ample amount of cooling, flying just above water surface to negate heating, and flying underneath or just above a waterfall to completely cool your javelin for the next few seconds.

Players need to be careful and think about ways of protecting themselves from dangerous animals, nasty outlaws and other dangers that roam through Bastion. But when you are equipped with that metal suit, Javelins, you are already 30-40% protected. These suits come in 4 variants namely the Ranger, Colossus, Storm and Interceptor. Every variant of these suits come with their own set of offensive and defensive features. You just need to select the one that suits your combating style.

The Colossus suit comes with a powerful deployable shield that protect you from army attacks. While the Storm helps you hover around anytime you need. If you are looking to send continuous melee attacks without any cool down, you can go for the Interceptor. Though even the Ranger suit doesn’t provide you with capabilities like the others, it looks cool enough.

Moving up the ranks in Anthem is based on the characters and not with the availability of Javelins. It means that you cannot find out the level which he belongs to based on the Javelin suit he is wearing. Updating your Javelins is pretty much easy as when you start completing more missions. You will see that your suit gets upgraded and on par with others. The design is so innovative and thoughtful. It provides you with a lot of freedom to enjoy the game according to your wish.

Upon completing every mission and you get a new gear in possession, the players need to return to Fort Tarsis to get the new mission. In the midst, you can even visit the Forge. There, you can customize your weapons, upgrade your Javelin suit with more cosmetics and add a skill or two to your arsenal. And the Forge certainly takes care of making your Javelin suit unique and truly your own. Though when compared with other games, the weapons are so decorative and comes with that kind of outlook. But the ones that are available are capable enough to take you through any situation.

Another important feature of the game is the various difficulty levels available in every mission. The difficulty level is classified as Easy, normal and hard where there is not much resistance or challenges involved in the easy level. It is great for beginners to acclimatize with the game, understand the context and hone their skills to a great extent.

The normal level extends the challenge to some extent. When you complete the mission, your XP will boost and you’ll be getting a loot reward. People looking for real fights need to go for the hard level. This is where the damage caused by enemies is increased by 50% but it compensates the same by pouring rewards and loot drops. But you have to remember that these 3 difficulty levels are available till level 1-29 only and the moment you reach level 30, the difficult level changes into Grandmaster 1,2 and 3. You have to put out the right strategies along with good team coordination. From there, you can reap greater rewards. But don’t forget that these levels are filled with great risks too.

Overall, the Anthem is a great game and you can definitely remember a lot of interesting moments. Even after completing the game, I can still feel the vibe, and it really lasts for a long time. The frequent conversations and the travel through the forests and taverns seems to take time to fade away from my thoughts. Hope the above review about Anthem has provided you with all the information you wanted to know about the game and its features.

Anthem Review
Conclusion
Anthem is a great game and you can definitely remember a lot of interesting moments. Even after completing the game, I can still feel the vibe, and it really lasts for a long time. The frequent conversations and the travel through the forests and taverns seems to take time to fade away from my thoughts.
Positive
Innovative gameplay
Stunning visuals
Negative
Lacking endgame content
4.6
GAMEHAUNT SCORE
Where to Buy
Amazon