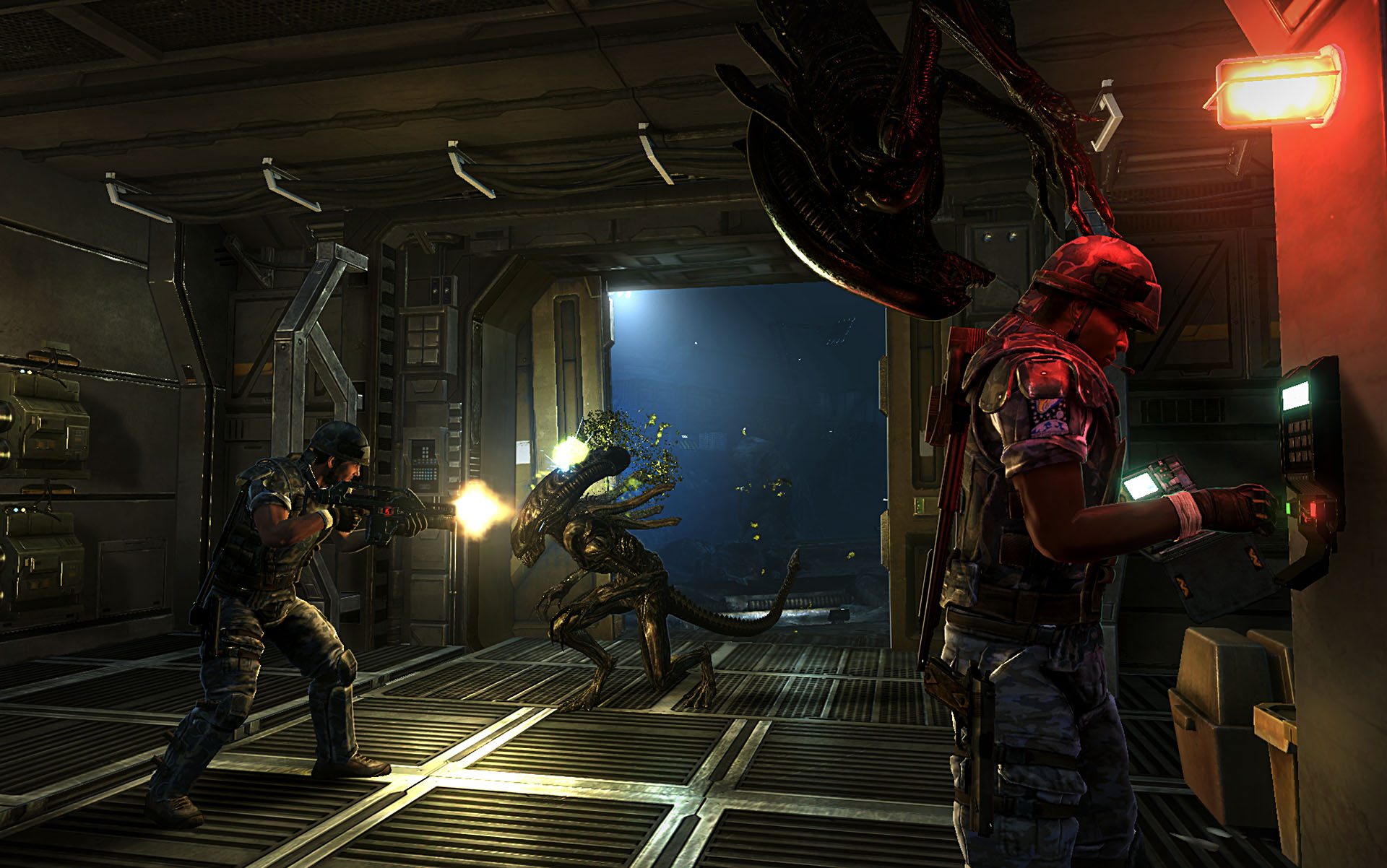 An exhilarating experience for fans of the ALIENS universe, Escape mode puts the four-person US Colonial Marines team on the offensive against a four-player Xenomorph team. The Colonial Marines must blast their way through the fast-paced map in order to escape the attacking Xenomorphs, who in return will try to eliminate their prey as quickly as possible. Under the pressure and limited in time, players will have to work together as a team, utilizing each faction’s unique skills, and identifying their opponents’ weak spots to either reach the safety of the escape point or to eliminate their targets.

In partnership with Twentieth Century Fox Consumer Products and developed by critically acclaimed studio Gearbox Software, Aliens: Colonial Marines will bring new levels of bone-chilling suspense and adrenaline-filled action to the renowned franchise. As the authentic addition to the ALIENS franchise canon, the game’s stunning visuals and adrenaline pumping action will deliver a breathtakingly immersive four-player drop-in drop-out cooperative campaign and expansive competitive multiplayer mode. Providing for an innovative asymmetrical competitive multiplayer experience, Aliens: Colonial Marines lets players fight in first person as the ultimate badasses – the United States Colonial Marines, or in third person as the universe’s deadliest killers – the Xenomorphs. Plunging into familiar and new environments from the iconic film franchise, players will have to fight the fear and face the true horrors of the ALIENS universe.

Aliens: Colonial Marines will be available in stores across the globe on February 12, 2013 on PlayStation®3 computer entertainment system, Xbox 360® video game and entertainment system from Microsoft and Windows PC. A release date for the announced Wii U™ version will be revealed at a later time.