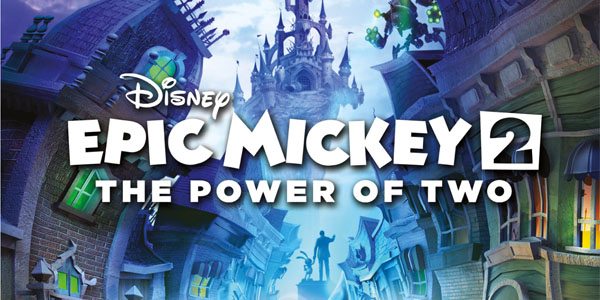 Disney Interactive today announced that the highly-anticipated “Disney Epic Mickey 2: The Power of Two” video game will be available for Nintendo’s Wii U™ system from 30th November 2012. Wii U players will experience their adventure through Wasteland, an alternate world filled with more than 80 years of forgotten Disney characters and theme park attractions, in HD graphics and enjoy enhanced game features.

“It’s exciting to bring Nintendo fans ‘Disney Epic Mickey 2: The Power of Two’ on Nintendo’s revolutionary new game system,” said Bill Roper, vice president and general manager of production, Disney Interactive. “The technological advances of the Wii U system have allowed us to enhance player direction and provide our fans with an immersive as well as unique gaming experience.”

The “Disney Epic Mickey 2: The Power of Two” video game returns Mickey Mouse and Oswald the Lucky Rabbit to Wasteland, an alternate world filled with more than 80 years of forgotten Disney characters and theme park attractions. But for the first time, Mickey and Oswald will join forces as true partners – Mickey with the magical paint brush that allows him to wield paint and thinner, and Oswald with a powerful remote control that allows him to command electricity. This new co-op play further enhances the idea that “PlayStyle Matters” – a unique approach to gameplay pioneered by Warren Spector where players tackle challenges the way they want to in order to explore a variety of possibilities and storylines, but always with consequences for their chosen actions.

Using the Wii U™ GamePad, players will see a fully detailed, real-time map of Wasteland with waypoints and markers to help guide them through the game and complete the different quests and side-quests. Players will also be able to use the GamePad to access sketches and activate the sketches to use in-game for a more immersive experience.