Revisit the rich and gorgeous domains of Maple World in MapleStory Blitz, the trading card game and the rebirth of the classic MapleStory role-playing game (RPG). 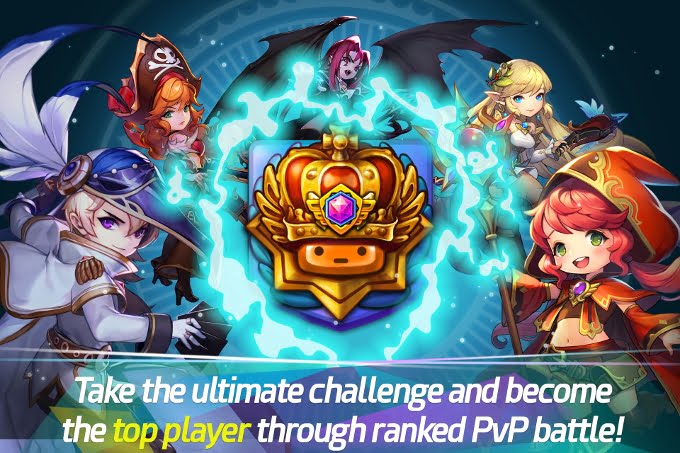 MapleStory Blitz returns players to the struggle against the dastardly Black Mage, where players must build powerful decks, calculate winning strategy, and duel against the daunting foes to achieve victory. Fans can join millions of others from around the world for the MapleStory Blitz launch event, where players have the opportunity to dominate six formidable quests for valuable Ncoin rewards. Players can collect Original Card Packs(x1) for weekday afternoon logins, and a 1-Day Meso Booster for weekend morning logins for a limited time.

Players can also build powerful decks and duel against each other in PvE and PvP modes, utilizing classic heroes, including:

· Mercedes – A talented archer blessed by the Fairy King to rain deadly arrows upon the battlefield.

· Phantom – The greatest thief who ever lived, and revived after years of imprisonment to avenge the death of his love, Empress Aria.

· Kyrin – The infamous and charismatic pirate captain set on destroying everything that stands in her way.

· Oz – Chief Knight of Fire who engulfs her enemies and allies in a blazing reign of flame.

MapleStory Blitz is now available in Australia, Malaysia, Norway, Denmark, Sweden, Finland, Poland, the Netherlands and the Philippines for the iOS and Android.