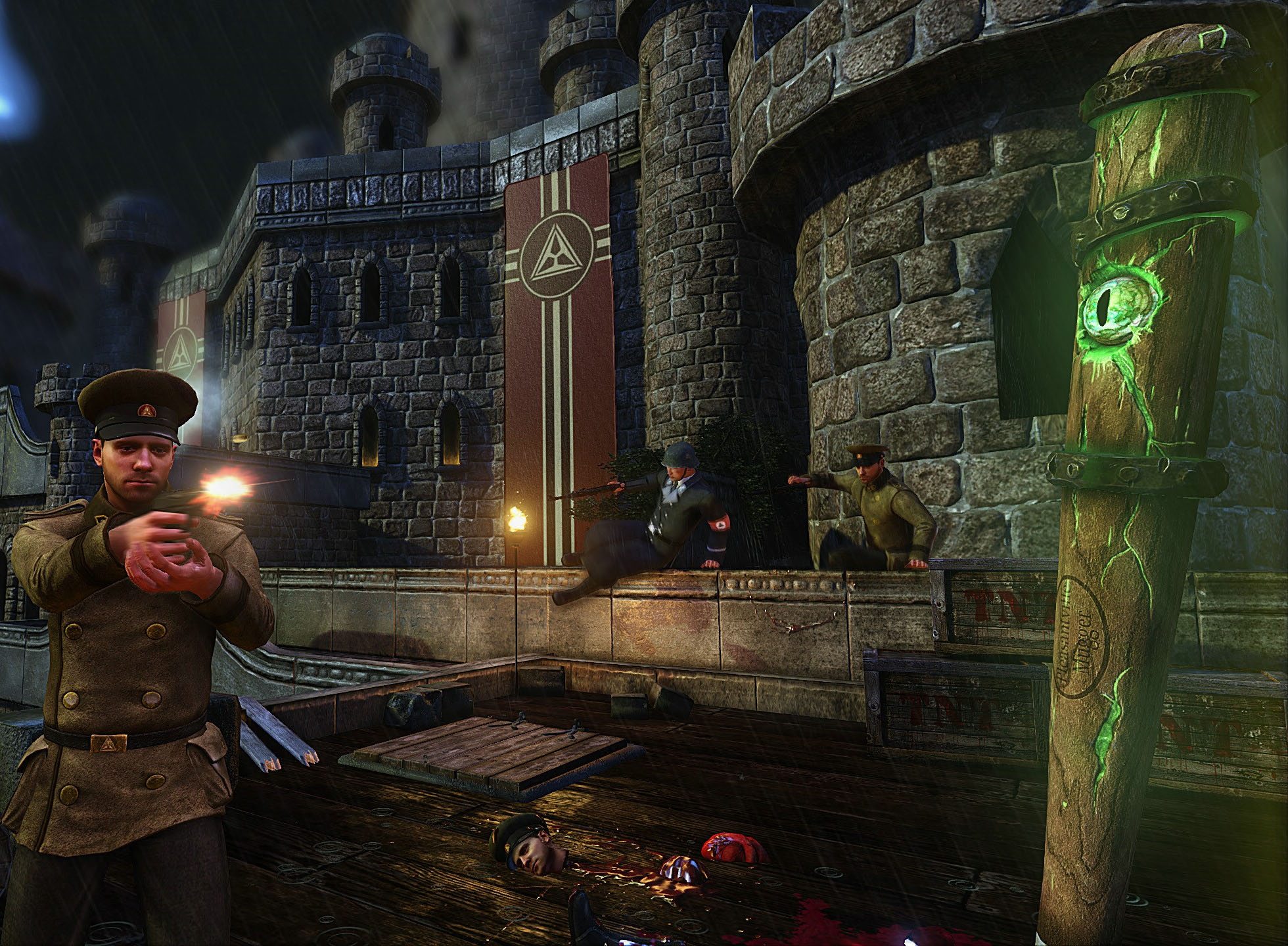 “Rise of the Triad” Rises Again

Today at QuakeCon, Apogee Software and Interceptor Entertainment announced the rebirth of the cult-classic first-person shooter, “Rise of the Triad” – vowing to make it bigger, better and more ludicrous than ever before. Powered by the industry-leading Unreal Engine 3 from Epic Games, “Rise of the Triad” includes a full single-player campaign, a fully featured multiplayer experience and so much more.

“We were seeking a strong, independent, hard-working development partner to herald the eagerly-anticipated return of ‘Rise of the Triad’,” said Terry Nagy, co-founder and Chief Creative Officer of Apogee. “We have indeed found that partner in Interceptor Entertainment.”

“Apogee has given us a great opportunity with Rise of the Triad,” said Interceptor CEO Frederik Schreiber.  “We are all about fast-paced action and this was simply a perfect match for us as fans of old school shooters.”

Set for release on PC via Steam late this year, “Rise of the Triad” is packed with features that are sure to melt your face off: