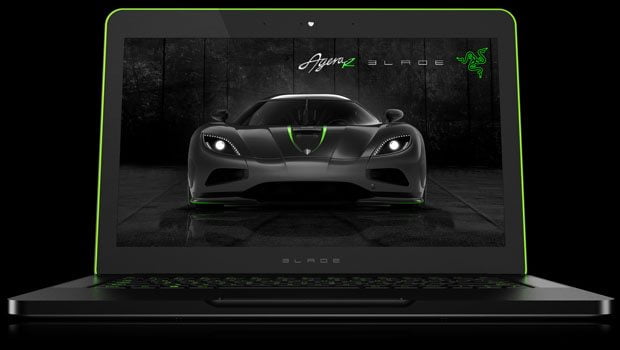 Razer, the global leader in gaming devices and software, announced today a partnership with Swedish supercar manufacturer Koenigsegg to produce a series of not-for-sale Koenigsegg limited edition Razer Blade laptops. The alliance is emblematic of the two brands’ common preoccupation with engineering perfection.
“Every single detail of a Koenigsegg car is measured against our continuing goal to enhance vehicle performance,” says Koenigsegg Automotive AB CEO Christian von Koenigsegg. “This is reflected in everything we do. Nothing is insignificant. We find our doppelganger in Razer—a company inspired beyond conventional reason to design products for extreme functionality and fun.”
The relationship is tethered between Koenigsegg’s headquarters in Ängelholm, Sweden and Razer’s San Francisco design offices, through which Razer’s roster of in-house scientists and engineers are focused on developing cutting-edge technology.

Blade_Koenigsegg14_02_Reflection i03The partners plan to inaugurate the Razer-Koenigsegg relationship with a limited edition of custom not-for-sale Blade laptops, which a select few Koenigsegg owners and Razer fans will get to use. The gaming system will boast power that belies its ultra-thin chassis, which will be CNC machined and appointed with unmistakable Koenigsegg cachet.
The Koenigsegg Razer Blade will be unveiled at the Geneva International Motor Show in March 2014, where it will show off its performance, letting a lucky few drive virtual Agera R´s in the best possible setting. Both Razer and Koenigsegg see this collaboration as a first step in a long relationship from which more exciting products can be born and brought to market through the collaboration.

“As far as I’m concerned, Koenigsegg is the archetype by which all design innovation may be measured universally—a company hell bent on combining beauty, performance and sheer power,” says Min-Liang Tan, Razer co-founder, CEO and creative director. “Our shared obsession with extreme performance makes working with Christian and his crew an exciting project and an honor.”