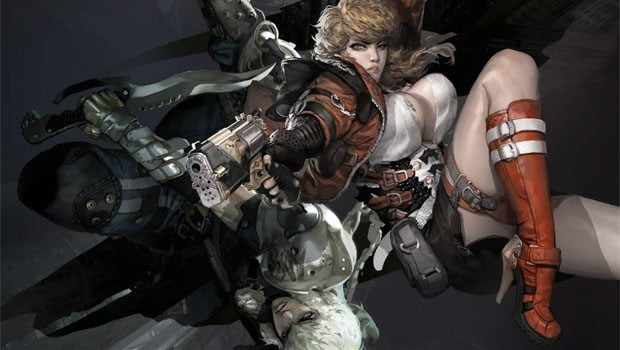 GunZ 2 is an official sequel of GunZ the Duel which was released back in 2004. MAIET has spent the last 6 years developing this new title. At release, GunZ 2 will offer 4 different character classes, each offering unique skills, costumes, and gears. GunZ 2 also consists with co-op PvE mode and auto-matching system where players are matched with opponents with similar level of game experience.

Unlike the EU and Taiwanese versions, Steam version will have its own unique features such as VAC Support, Steam Trading Card, and Steam Achievements. Steam version will also offer new item system, 3 new PvP maps, new game mode, and a new character class.

MAIET’s CEO, Joongpil Cho (a.k.a Venister) said, “I am very excited to introduce the sequel title right when GunZ the Duel is having its 10th anniversary. Though we’re nervous and excited to release and operate online game service on our own for the first time, it meant a great deal to us to prepare game service on Steam, America’s biggest game publishing platform.” He also added, “GunZ 2 for Steam will be world-wide service, with except of EU, China, and Taiwan; gamers in any region other than these 3 will be able to play. However, we will have to provide customer support for North and Latin America first, and then expand the customer service areas in the future.