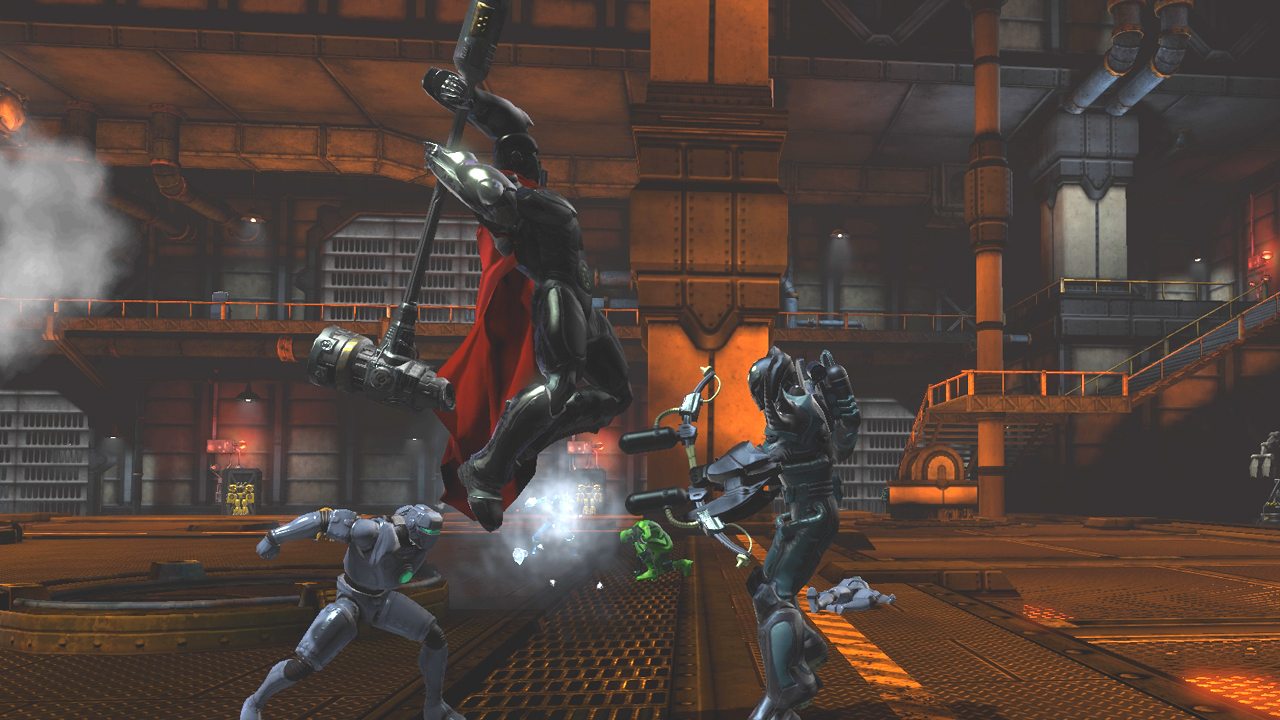 Heroes and villains must prepare to defend their territory today as Sony Online Entertainment, LLC (SOE) released Home Turf, the sixth downloadable content (DLC) pack for DC Universe Online (DCUO). Available now for download on the PC and PlayStation®3 computer entertainment system, Home Turf introduces a customizable Base system for the first time to the popular massively multiplayer online (MMO) game. Players can now customize their own Lair, which serves as both a Base and battleground for new Lair PvP Battles. Through their Lair, players can harness new power and combat abilities through their new Mainframe to use on the streets of Gotham City and Metropolis.

“Every hero or villain should have a Lair, so this is really fulfilling a major fantasy for our players,” said Jens Andersen, Creative Director, DC Universe Online. “The introduction of Lair PvP Battles also adds an entirely new level of action to the game, allowing players to thrash opponents in these new round-based duels. Whether as a way for gamers to express themselves through customization or to seek tactical advantage in combat, Lairs are rewarding for both heroes and villains.”

All DCUO players will have access to a Hideout, a low rent version of Lairs with limited capabilities. The Home Turf DLC gives players two Lair Themes, with four additional Lair themes that are accessible in the Marketplace, and with more to come in the future. Players can customize their Lairs by collecting some of the hundreds of available items through gameplay.

At the heart of a players’ new Lair is the Mainframe, which gives access to amazing new combat abilities that can be unlocked. Heroes and Villains can acquire a devastating Orbital Strike, call in battle-hardened reinforcements, acquire Supply Drops or unlock powerful new Mods. Additionally, a Lair can be upgraded to provide conveniences such as mail, vendors and Broker.

Along with the new Base system, Home Turf gives gamers access to new high end solo content, with new missions at four iconic locations: Stryker’s Island, Arkham Asylum, Steelworks and Ace Chemicals. Each location boasts new exterior and interior content, instances and missions that breathe new action into the environments. These areas each offer players 10 missions to complete for ‘Marks of War,’ which they can use to purchase equipment, or convert to ‘Marks of Triumph’ in order to upgrade their Base Mainframe.

DCUO’s Home Turf DLC pack is a free download for the game’s Legendary members and is now available for $9.99 USD to Free and Premium players via the PlayStation®Network, the in-game Marketplace, or for PC players via the DCUniverseOnline.com website.

DCUO is licensed by Warner Bros. Interactive Entertainment on behalf of DC Entertainment. For more information about DCUO, visit: www.DCUniverseOnline.com.