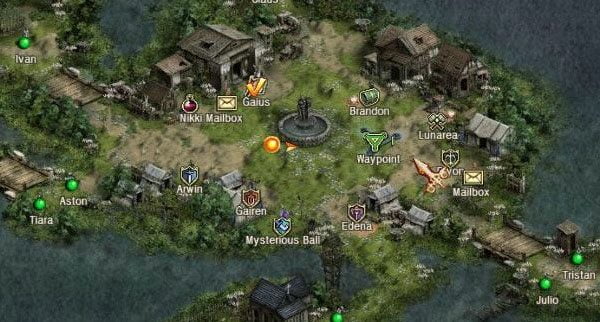 Just one week after its wildly successful open beta launch, Outspark is making good on its promise of providing a steady stream of fresh, exciting content for its hit free-to-play fighting game, Dark Blood. Overnight, the level cap was raised to Level 30 and Act II content made its debut with new maps, mobs, quests, dungeons, customizations, a gem system. This next chapter in the Dark Blood story takes players to the town of Water Veil where they will join Liberators, through a winding quest chain, across challenging and vast terrain, until the Monarch of Darkness is found and defeated, and the path is cleared to the Fortress of Quern where the fate of all will be decided.

“Dark Blood is doing gangbusters! It’s fantastic to see the game packed with players having such a great time. From the start, average time in game has been impressive and the core elite have been progressing rapidly. We’re extremely happy to be delivering this accelerated content schedule to meet fan demand,” said Philip Yun, CEO, Outspark. “These are thrilling times for Outspark. We just blew past 10 million registered users, are heading toward a million Facebook fans, and were named a launch partner for Amazon Game Connect. We’re on a roll, blasting full speed ahead!”