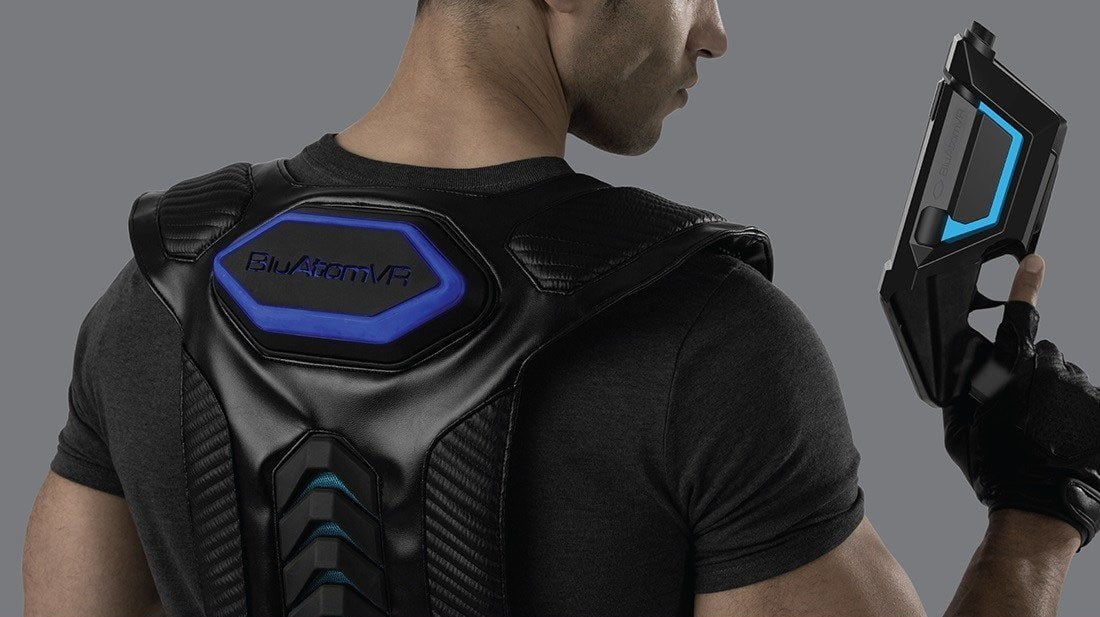 BluAtom, Inc. has developed the next generation accessory for VR gaming and enterprise applications featuring the first immersive wireless body motion-tracking system. The BluAtomVR system, which comes equipped with a haptic vest and gun controller, can both detect and enhance your movements, for a more immersive and engaging VR gaming experience. Effectively turn any player’s body into a game controller without the need of a VR treadmill or fixed environment.

BluAtomVR’s body-tracking vest and hand-motion gun controller create a much richer interaction than any of the VR gaming accessories currently available. The Wireless enabled system allows for complete freedom of player’s movement. The lightweight vest is designed with both form and function in mind, boasting a sleek aesthetic made from lightweight, breathable materials.

The BluAtom VR System is fully compatible across a range of media and devices, including the Oculus Rift™, Sony Playstation® VR, and HTC VIVE™. No special device driver is required; it can be used with PC games or on the Steam video game platform.

The total VR Market is expected to exceed $40B within the next five years, offering a lucrative space for BluAtom to rapidly expand its VR accessories for gaming and commercial applications such as theme parks, VR Arcades, shopping malls and gaming centers.

BluAtom builds on the VR experience by integrating the user’s body movements into the game.

“We’re excited to breathe new life into the gaming industry,” said Steve Kearsley, CEO of BluAtom. “Our system introduces a unique synergy that incorporates organic movement into the gaming environment.”

BluAtom will be debuting the product at CES in January, 2017 at the Eureka Park Marketplace Exhibit. Test out the BluAtom VR Vest and VR Gun in the Sands Virtual Reality Exhibition at Booth 50203.

The BluAtomVR system will be priced at under $279.00 and available exclusively through Kickstarter in early February 2017.