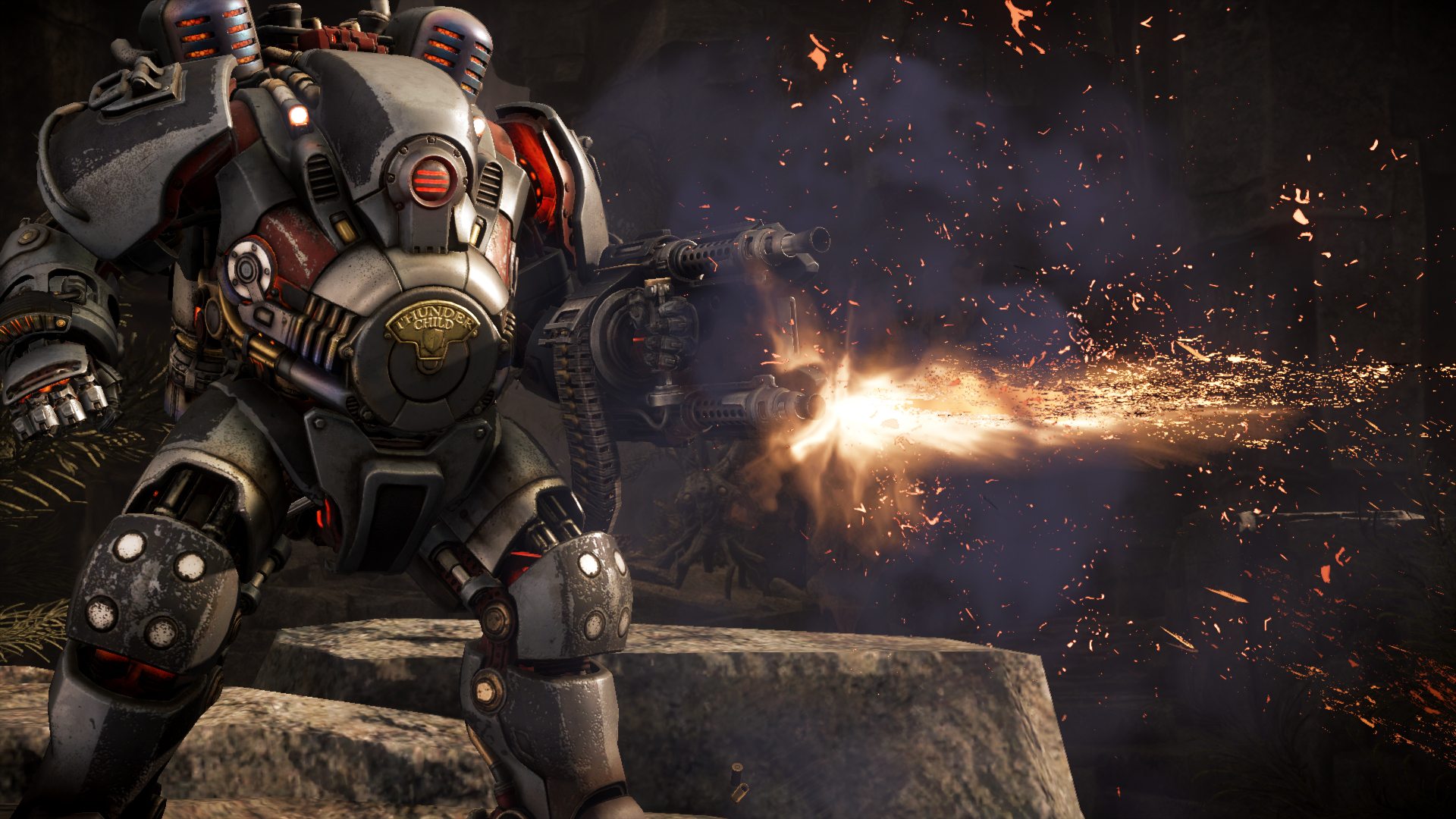 2K and Turtle Rock Studios announced today that one new Monster and four new Hunters are coming to Evolve, the 4v1 shooter in which four Hunters cooperatively fight to take down a single-player controlled Monster. Offered individually, or as part of Hunting Season 2*, all five new characters will be made available prior to the end of Take-Two Interactive, Inc.’s fiscal year on March 31, 2016. The first new character, Lennox (Assault class), will be available on June 24, 2015.

Evolve Hunting Season 2 will be available for purchase on June 24, 2015 for Xbox One, PlayStation®4 computer entertainment system, and Windows PC. Those who purchase the new Monster and Hunters as part of Hunting Season 2 will also receive an additional exclusive skin with the launch of each of the five new included playable characters.

Coming to Evolve later this month, Lennox (Assault class) is the first Hunter in Evolve to feature a melee attack. Her ‘Thunderchild’ mechanized suit is equipped with a Plasma Lance that deals massive amounts of damage in close combat, while her Autocannon and Thunder Strike attack allow Lennox to fight when outside of melee range.

For more information on Lennox, watch her gameplay here:

Crysis 3 Multiplayer Beta on the 29th

You can also watch the Hunting Season 2 teaser here: