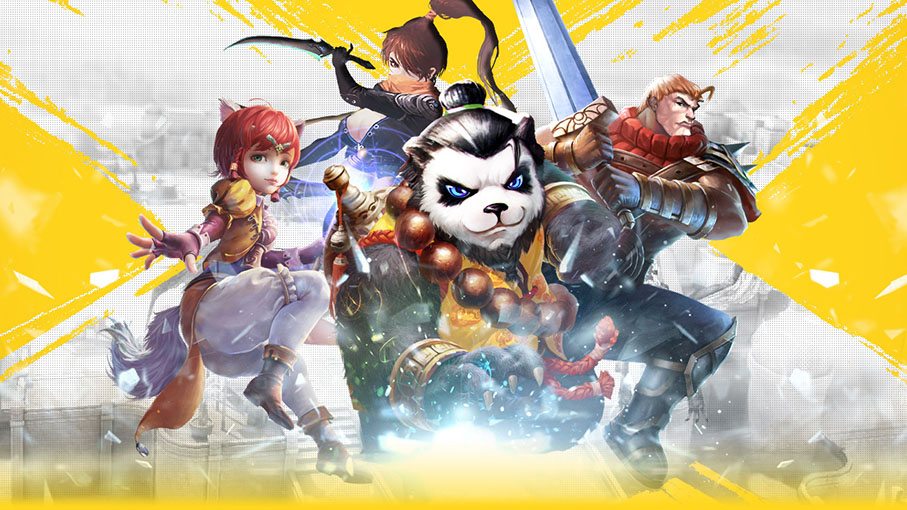 Taichi Panda is a 3D action-packed RPG (role-playing game) designed by Snail Games. Classified as an MMOG (massively multiplayer online game), it will transport you to the fantasy world of demons, giant pigs, goblins, and other enemies. You will assume the role of the hero who will engage in a relentless battle against all adversaries. The game features various adventures and an online community.

This free game is downloadable in Android or iOS. Apple’s App Store has rated the game 12+ because it depicts aggression in its combat series. You need to create a AiCombo account to play the game and keep track of your progress. The game grants you access with the four available characters. However, you can only use each character separately, one at a time. Your AiCombo account saves all the details of the characters, including rewards and armors acquired, but you cannot credit to other characters. The characters possess corresponding sets of skills and weapons. 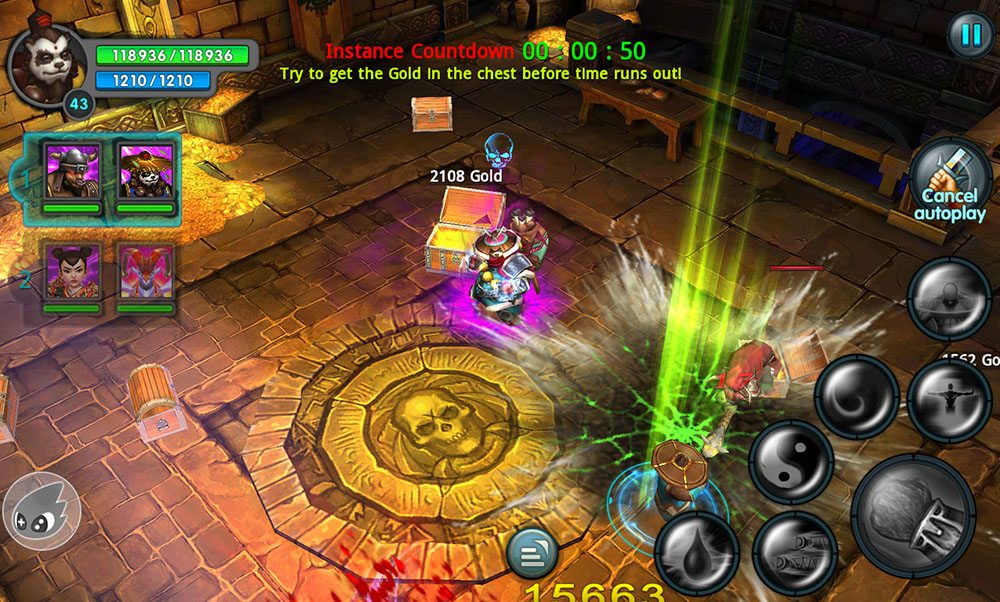 The following are the characters, which you can choose: 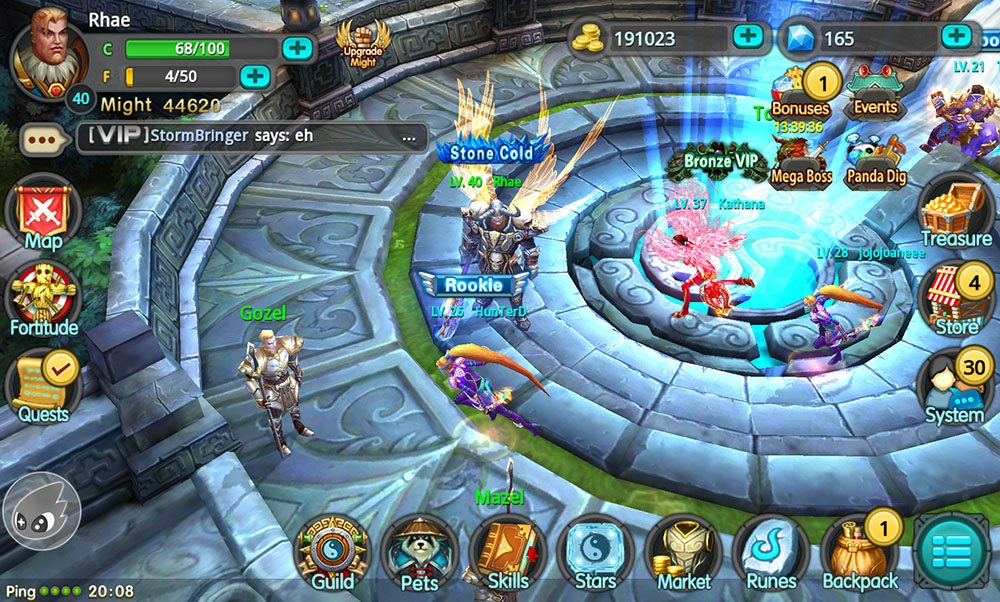 The striking displays 3D animation of vivid and interactive graphics. The visual and audio effects provide a pleasant encounter. The animation of the characters reflects the designer’s passion and creativity. Likewise, the bosses portray vicious enemies that will fascinate you. The average time to finish each stage is about five minutes. Many RPG and MMOG fanatics find this game enjoyable and addictive.

Taichi Panda starts with an introduction of the story and a tutorial, and then launches your chosen character in the battle arena to gain loot. The user guide teaches the fundamentals and brings players into the game with instructions to understand the different facets. It generates new challenges to accomplish every day. All encounters in the game, such as fulfilling tasks, completing episodes, signing in, and remaining online give you bonuses and prizes.

The goal is for the players to recover Avzar Land with your chosen character. The story unfolds with the dialogues included in the game. The game is a dungeon crawl wherein the scenario involves exploring labyrinths, which offer various quests, lasting for about three to five minutes, according to your own speed and mastery of the game. These dungeons have regular opponents throughout the stage. The climax of each level is the battle with the boss enemy. The Boss has extraordinary powers that make it hard to defeat. Attacks can lessen the boss’ parry until it goes down to zero, the parry break. You should seize the chance to knock him down as this break can last for only a short while. 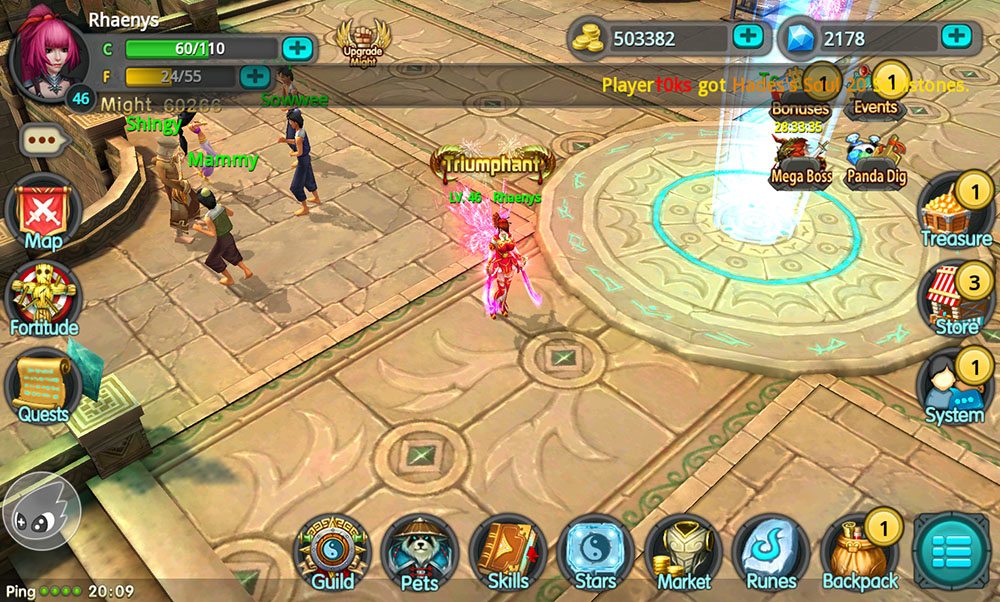 As you win the battle, the more difficult stages become accessible. Some levels also allow you to unlock your character’s skill and various kinds of pets to assist you in the battle. The pets have their own skills to help you vanquish your enemies. Moreover, you can revisit the previous levels to collect better rewards. When you are not navigating the dungeons, you can journey through the home city to complete tasks and advance the characters.

In addition, you can opt for solo or group attacks, which will give you upgrades. Group dungeons allow you to confront tougher enemies and greater loot. The game lets you organize guilds with your friends and engage in guild wars. If you are not in the mood for a battle, you can connect with other players in the hub.

The game includes a rune system for your character to earn magical powers. These will enable your character to have more advantages during combat. The “Might” system shows the level of your armors and weapons. It lets you and other online gamers gauge your competencies, either in single or group dungeons. Furthermore, the characters flaunt new gears as evident in the changes of their physical appearance. You can assess your strength by entering real-time PvP (player versus player). 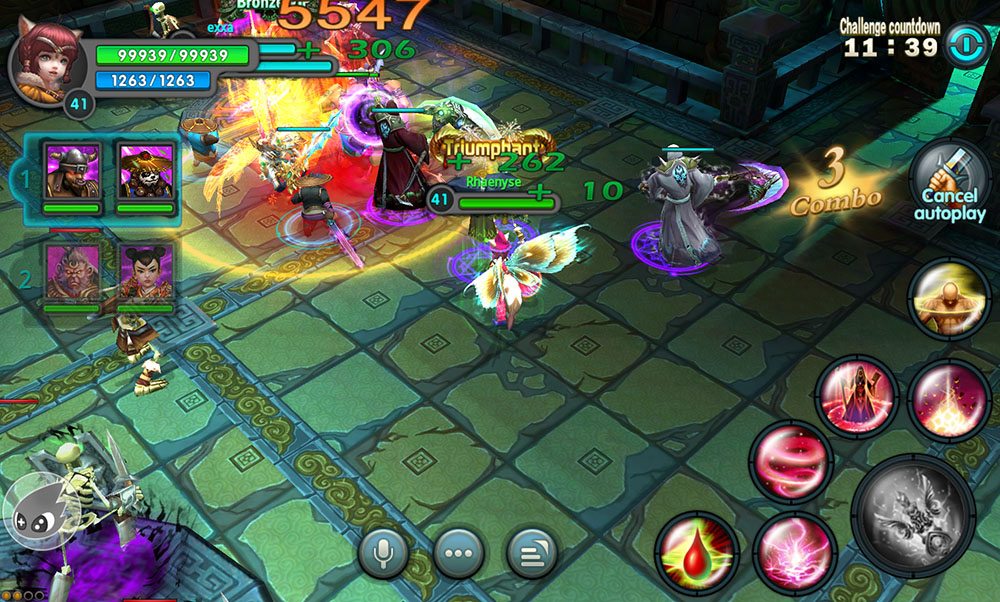 Due to the game’s popularity, AiCombo created forums and email addresses fans can send their questions and requests. The recent update is the company’s expression of gratitude to the multitude of fans who are patronizing the game. The following are the changes you can experience in the latest version:

If you are in search of a fast-paced, adventure-packed mobile game, then Taichi Panda is definitely worth your time. 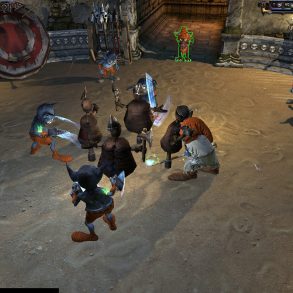