If you like role playing games added with a bit of humor, then you are definitely going to love South Park: The Fractured but Whole game a lot. After 3 years since the release of the Stick of Truth, South Park has come up again with a game with a naturistic take on a superhero movie franchise rather than RPG mechanics, the main theme behind the previous version. If you have already watched the show on Comedy Central, then you might probably know about whether you are going to enjoy the game or not. This game may be definitely a welcome bonus for all the South Park fans who would have played the previous version and enjoyed the show on Comedy Central. But is it really a game that everyone would like well, let’s find out in this review of the South Park: Fractured but whole.

One of the main aspects that make this game better than the previous version is the turn based combat and also the ability for the New Kid to choose his own appearance, his character, race and even his gender identity. The players have been provided with a lot of options to use their skills and thinking abilities to mould his character and also greater control in choosing the characters they need from the show and the characters he can spend the most of the time with. People having played the last version may feel at times that some parts of the game feel like playing the older version, even though it is totally a different gameplay. 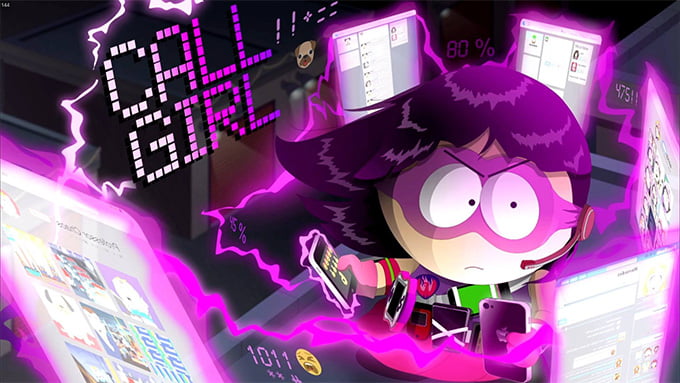 The map of southpark has been expanded a lot when compared to the Stick of truth with a lot of references to the show that certainly adds a bit of fun to the fans. The story begins with New Kid and his gang on a quest to find a missing cat with a tag of a $100 reward. New Kid desperately wants the reward to fund his movie franchise filled with superheroes. But it is definitely not going to be some simple feline rescue mission, because it is SouthPark and you can expect all kinds of twists and turns in the middle. You can see the New Kid joining the Cartman’s team, the Coon and Friends and getting engaged with some bizarre encounters that is filled with crude humor about politics and other sensitive stories.

SouthPark games are known for its satirical take on real life events and the Fractured but Whole is no exception as you can see some references to Morgan Freeman and Black Live Matter movement, etc. You can also sense a sardonic imitation of Captain America: Civil War, as it is also about the war between Super Hero teams. The game can take as long as 20 hours as missions are faster than before and being superheroes, they can travel quickly as well. If the fighting in the previous versions was not heavy, it is certainly deeper and more strategic here as you need to employ all your tactical thinking to overcome your enemies. You can see all kinds of summons, magic spells, buffs and cleverly designed animated attacks that make this game more interesting. Add to that a grid system, that provides added complexity with linked attacks and skills that lets you take a step back and rethink your strategy and how to use your skills better. 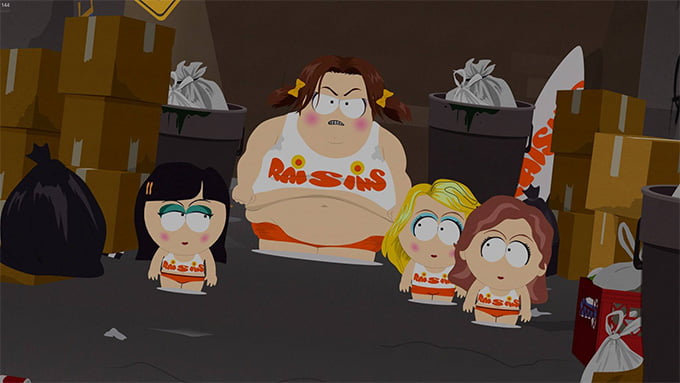 You cannot see a combat situation much funnier and engaging than the battles fought in SouthPark and the each battle and encounter are riddled with its own surprises that you never get bored for a single moment in the game. And it gets more interesting as the New kid unlocks more powers on his way up as each kind of power comes with its own skill sets and it’s up to the player to engage each skill properly during a combat. The Blaster power provides the New Kid with fire-based attack skills to inflict burning damage to his opponents, whereas the Elementalist provides him with the power to summon healing dolphins. Add the Gadgeteer skill to your powers and you can distract enemies by building decoys. But the most powerful skill that you can acquire is the Plantmancer that gives you healing powers and revival magic powers.

The story moves on with exciting battles between the two franchises, The Coon and friends and the Freedom Pals. The New Kid has with him the Coon, the human Kite, Super Craig and Fast pass as his stable mates and each having their own combat skills. The Human Kite comes with a protective shield to defend again enemy attacks and the power-packed punches from Super Craig can knock the enemy out for a few moments. Your enemy franchise is stacked with Mysterion, Toolshed, Tupperware and Doctor Timothy and both franchises would be fighting each other in many civil war missions. 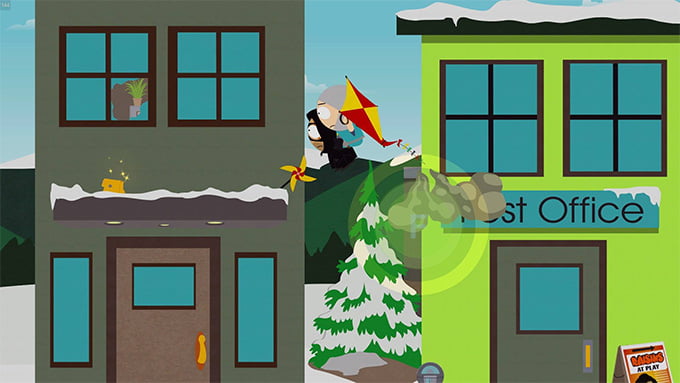 The game is not only about combat with the enemies, but also has a lot to offer to please all kinds of fans. The moment you are free from any fights, you get chances to roam around the streets of SouthPark and explore every nook and corner of the town. You can enter into any of the buildings in the town, engage with people in a little conversation and have fun with them. In fact, there are a lot of side missions to be discovered that are filled many items to be discovered and every mission is filled with puzzles and jokes to keep the game as lively as ever. These side missions also present you with the opportunity to discover new costumes to help you create your own unique costume to add a touch of glamor to your character.

The Fractured but Whole game is full of surprises and sudden twists and turns and it would spoil the fun if we reveal some interesting moments. So we let you discover those moments and relish it in your own way. Overall, it is a great game and you would never find a roleplaying game as entertaining and exciting throughout. 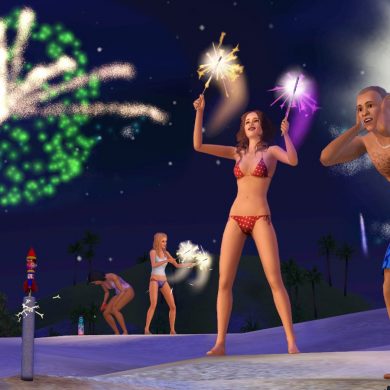