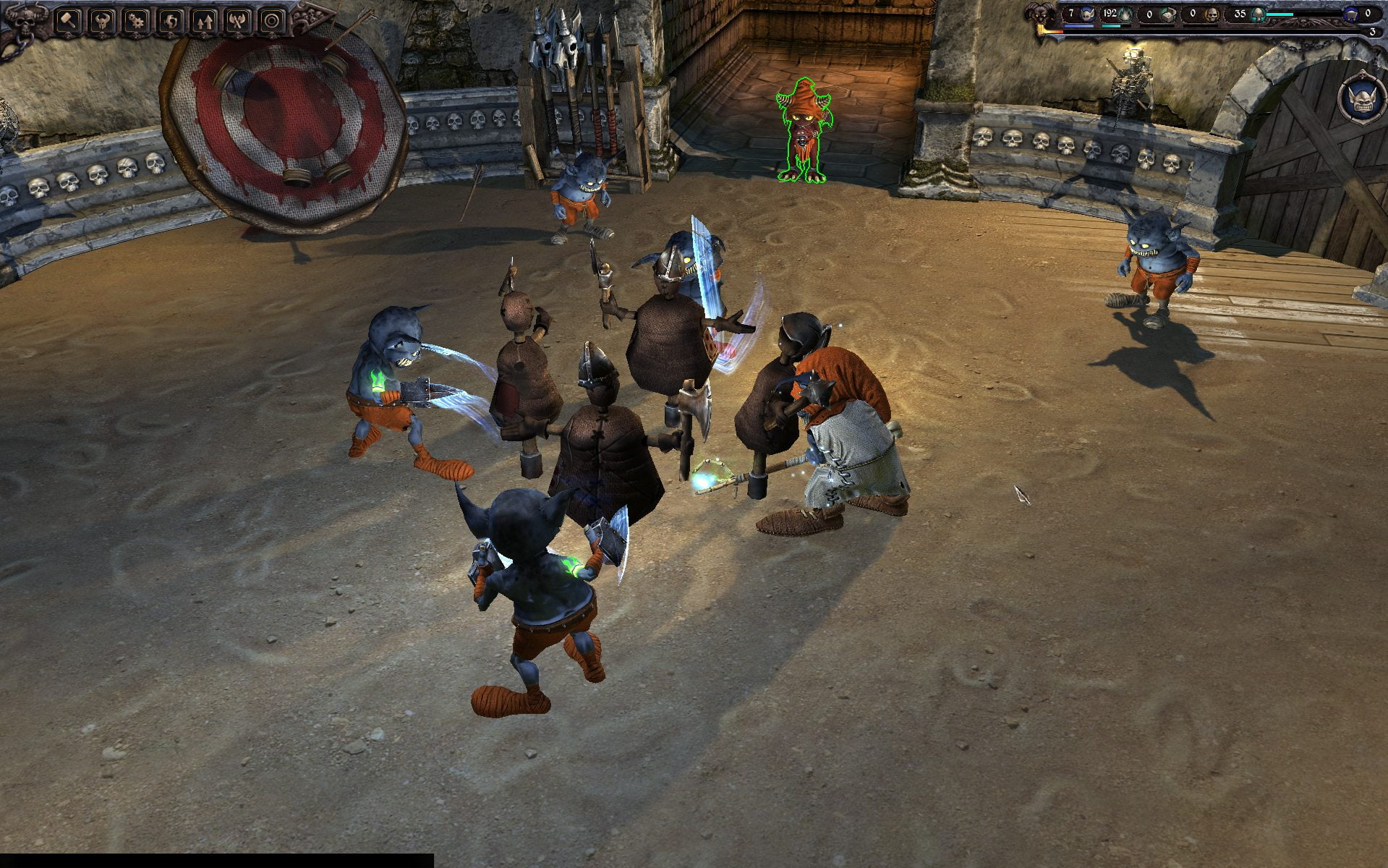 Paradox Interactive today announced their intentions to unleash the full might of their new Impire, a game of strategy that challenges players to properly assess and allocate the evil within their black hearts. Taking place within the fan-favorite world of Majesty, players of Impire will be tasked with ruining the lands of Ardania for those fans by reviving the greatest threat the realm has ever known within a dungeon lair of their own design.

Run your Impire by defending against heroes invading a personalized demonic compound while also sending underlings to the surface to wreak chaos among those who call the land near your Impire home. Utilizing a vast array of minions, deadly traps, and a growing arsenal of wicked spells, players will guide the demon Báal-Abaddon to his rightful place atop the skulls of his mortal foes… just as soon as they can help him escape the body of a pathetic little imp.

Developed by Cyanide in Montreal, Impire tells the sordid tale of Báal-Abaddon, a once-mighty horror from the Bottomless Pit, who finds himself summoned by the incompetent sorcerer, Oscar van Fairweather, and trapped in the form of a laughable imp. Using their cunning and an array of devious tricks, players will help the demon lord break free, rebuild his proper hell-spawn body, and construct an impressive dungeon to form the seat of his new kingdom. Players will have to design, develop, and defend their demonic dungeon from would-be do-gooders in order to expand and triumph.

– User-designed dungeons filled with different room types and an assortment of deathtraps
– Minions of every shape and size to be leveled up and equipped with upgraded equipment
– A custom deck of magical item cards to be unlocked and built to suit any playing style
– The opportunity to squash pesky heroes beneath one’s hooves, and grind their souls into helpful dungeon-building resources
– A perilous campaign to be played in solo or co-op mode
– Many multi-player modes to confront and crush one’s so-called “friends”

Impire is slated for release on PC in Q1, 2013, so here’s hoping you’ve lived a full and satisfying life.