Monolith Productions have come up yet again with an exciting and adventurous game in Middle Earth: Shadow of War. The reason the Shadow of War has been a revelation among many gamers, because every part of the game, including the combat, the enhanced Nemesis system, the movement, armies of orcs, the visuals and the background score have been superbly devised to provide an ultimate gaming experience.

When you start playing Shadow of War you can feel that the most exciting characters in the game are definitely the orcs. They come in all kinds of outfits that are adorned with skulls and piercings and these weird monsters come jeering at you like anything. One of the most exciting things fighting the orcs is before they start fighting, they brag about how they are going to torture you and kill you in a detailed manner and how they would enjoy presenting your head to their supreme leader Sauron. These orcs are more expressive and taunting than the previous version Shadow of Mordor. 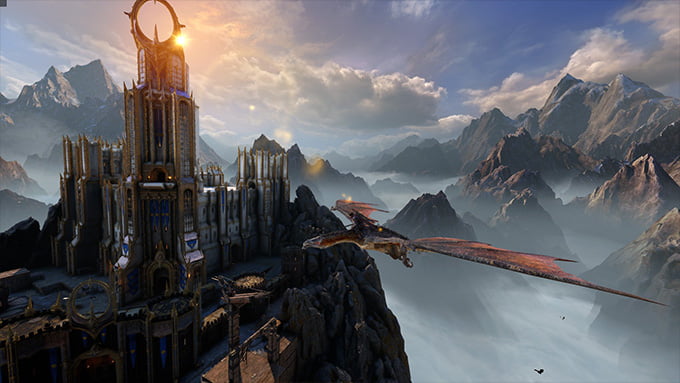 These grotesque brutes escape if they find that you are going to defeat them, but make sure to remind you that you won’t be lucky the next time in their own expressive ways. If you are defeated, then you need to undergo the pain of hearing all the gleeful taunts from them till your next fight with them. The best thing about the game is fighting with these rowdy creatures who enjoy fighting and have fun mocking their enemies.

When it comes to Orcs, they come in various classes and each class of orcs having their own style of fighting and behavior. Different classes include Savages, Archers, Olog-Hairs, Assassins, Berserkers and Marksman. Every class of arc has a certain weak point and it is important for you to learn about the weakness to defeat them easily. If you think Orcs are dangerous and weird creatures, the Nemesis system provides every option for you, so that you can even befriend a weak orc to let him reveal the weakness of the enemies. Also, when you defeat an enemy you can have him serve beside you, but always beware that he can turn against you anytime. 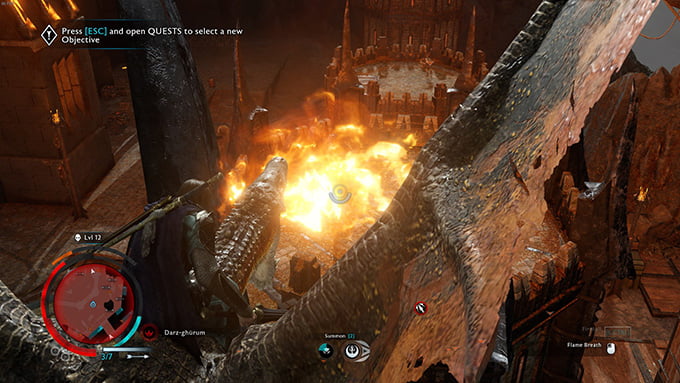 Unlike its predecessor, the much-lauded Nemesis system has been largely expanded to include more enemies with various personalities, expressive orcs, war chiefs, captains and also many more options to build your own army. The Nemesis system is what that makes the Middle Earth games stand apart from the others and it also has earned a lot of acclaim among the gaming community as well as won a lot of awards too.

This system is responsible for carrying the story ahead and creating endless possibilities for the enemies to reemerge with added strengths. It is the thing that defines how enemies react and fight with the player and unlike the previous version, the enemies are not static characters, but here they develop their own personalities and each enemy will react in a different way to Tailon. Monolith has put everything behind the Nemesis system to carry the game forward with obvious twists and turns. 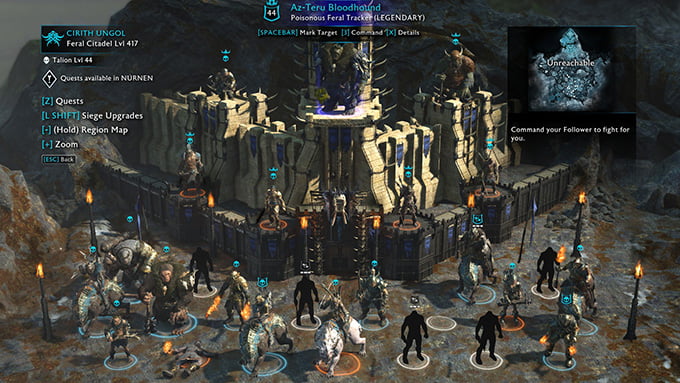 The real beauty of the Nemesis system lies in how well you explore the system in understanding it and then start to exploit it with your own strategy and skills. The game doesn’t have a set way to play and it is up to the players to invent new strategies to stay alive in the game. You can use all your battle strategies by taking over a group of orcs and even use them to fight against army captains or send to enemy war chief captain’s camps to infiltrate and pass valuable messages now and then or make them your own bodyguards to protect from your enemies.

When it comes to missions, there are tons of Nemesis and Vendetta missions where you’ll be fighting against all kinds of enemies. And most of the enemies and mainly orcs have revenge in their blood that they will come after you at any point of time. Some players reported seeing their enemies after ten hours of defeating them. 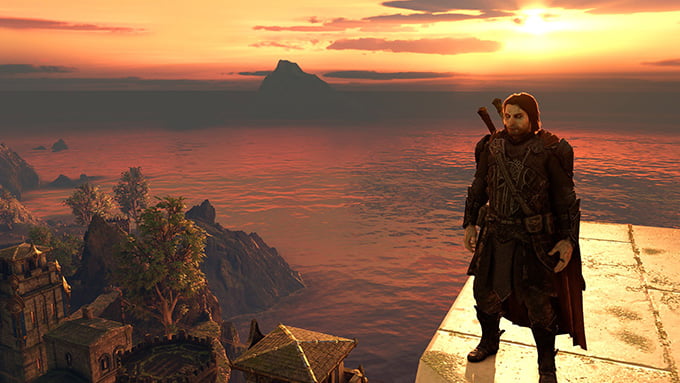 Monolith has taken the visuals in the Shadow of War to the next level with different locations including snowy mountains, scary islands and deep forests and even the outlook of the orcs have been changed to a great extent than the previous version. Even the weapons and armor Tailon uses have gone under a lot of changes.

It seems the team has done a lot of research in transforming the visuals to a stunning effect and has carefully crafted each layer of the Nemesis system. You can see a lot of new diverse regions in Mordor and comes with a beautiful city above the clouds called the Cirith Ungol. The ultimate goal behind the new environment, according to the team is to provide the gaming community with a totally different experience and to provide the players with new environments and locations that have never been explored before. 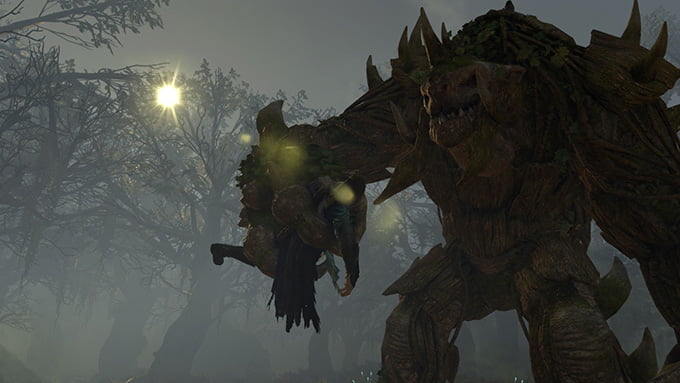 There are many new varieties of tribes in the game, including Mystic tribe, terror tribe and machine tribe etc and every tribe has its own unique look, different battle strategy, weapons and fortress and much more. Talion weapons have also undergone a lot of changes and now he can change his weapons whenever he makes a kill or defeat his enemies.

Finally, when it comes to gameplay, there are a lot of things to do in Shadow of War that to enjoy the game to the fullest, first you need to immerse yourself in the beauty of the game. Enjoy every location and learn about different strategies and collect whatever artifacts you can. After hours of gameplay, we can certainly say that we can definitely say that game ticks every box which makes it a very exciting and enjoyable game. It is definitely a trendsetter and will be an inspiration for many games like these in the future.