How the Digital Poker World Has Revolutionized the Game

Contents hide
Poker Online – How did it Start?

Prior to the existence of the internet, poker was only played by a select few. It was perhaps down to the vast number of variants of the card game that held it back from becoming a worldwide success in the early days. The rise of online networks changed everything, and Texas Hold’em became the standard way of playing. Because this alternative was easy to learn and get the hang of, its popularity skyrocketed in a short space of time. This was helped by the fact that online poker rooms bred players who went on to take down the biggest prizes of all at the World Series of Poker. Digital poker brought about the poker boom in the 2000s, but that was only the start of the revolution.

Poker Online – How did it Start?

The first ever real money online poker game was dealt in January 1998. This was the same year that John Dahl’s seminal poker film Rounders hit screens, and also coincided with the emergence of more televised poker events. Indeed, the introduction of the Hole Cam in Late Night Poker in 1999 changed the game. It allowed viewers to see the players’ cards and vastly improved the spectator experience. As internet speeds increased, the number of poker sites online swelled. Because the sites were online, there were little overheads for the operators which meant they could host games with extremely cheap buy-ins.

As a way to bring more customers in, online poker sites frequently held special tournaments which gave players a chance to win tickets to major real-world competitions including the World Series of Poker. This is the biggest poker event on the planet, and has taken place in Las Vegas every year since The Grand Old Man of Poker Johnny Moss won the inaugural competition in 1970. But prior to 2003, there had never been more than 700 players. That year, the aptly-named Chris Moneymaker won the jackpot of $2.5 million after topping a pile of 839 entrants. The American had qualified through an online satellite, and was one of the first amateur players to claim the top prize in the competition. The fact that he managed to do this made others believe that it was possible, and it was this occurrence which many credit with sparking the poker boom. The next year, 2,576 people entered the tournament.

The revenue from online poker grew from $82.7 million in 2001 to $2.4 billion in 2005. This figure highlights the exceptional growth of the industry in the early years of the digital poker craze.

How Certain Types of Poker Grew out of the Digital Version

Texas Hold’em was the poker variant which spearheaded the online poker revolution due to its simplicity and the fact that it was used in televised poker competitions. It is also one of the most fast-paced variants of poker, as opposed to options like Omaha Hi-Lo, where it can take a while to work out what hand everyone has. Tournament play in any variant of poker can take hours, though, and is less suited to the growing mobile market.

Mobile players, in particular, seek faster ways of playing poker so that they can put the game down at a moment’s notice. This suits the type of player who plays during breaks at work or while commuting. One of the most thrilling new ways to play poker is the BLAST game at 888poker. This is a four-player Texas Hold’em tournament with a twist. Once the game starts, a timer begins to tick down at the top of the screen. Players play normal tournament style until the timer runs out, and then things start to take an interesting turn. At that point, the players are forced to go all-in on every hand until one player ends up with all the chips. Players compete for a randomly selected prize pool which can sometimes be up to 10,000 times their stake.

Another option for players with little time to waste is Snap, which is a fast-fold game that reduces waiting time massively. Most poker games require the player to fold a lot of hands and wait for the best cards to mount an assault on the pot. This means that there is usually a lot of sitting around while waiting for other hands to play out. This can cause some players to get impatient and make stupid mistakes. This isn’t a problem in Snap poker, because whenever a player folds a hand they are immediately put onto a different table where a new hand is just beginning.

What’s Next for Digital Poker?

New offshoots of poker are showing how the game is still evolving, and proving its willingness to adapt to advances in technology. This means that there could be other major changes in the near future as new platforms like virtual, augmented, and mixed reality come to the fore.

Some people are speculating that 2019 could be the year of mixed reality, and companies like Microsoft are already investing a lot of time and resources into projects. This innovation could be put to good use with poker as it may be able to combine elements of online and live play. If players could put on a mixed reality headset and then enter a poker game through some sort of live stream, it would be revolutionary for the industry. With the rapid progress being made, this kind of situation doesn’t seem to be out of the question.

Digital poker totally revolutionized the game and brought it to mass audiences all over the world. The hugely popular card game is only set to get bigger, as developers embrace new technology and create engaging ways of playing. 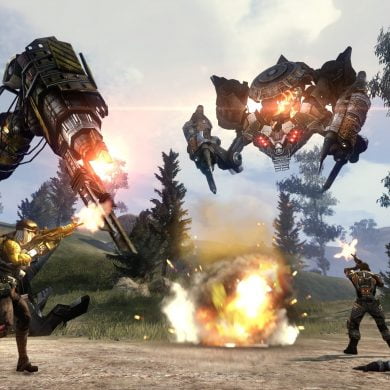