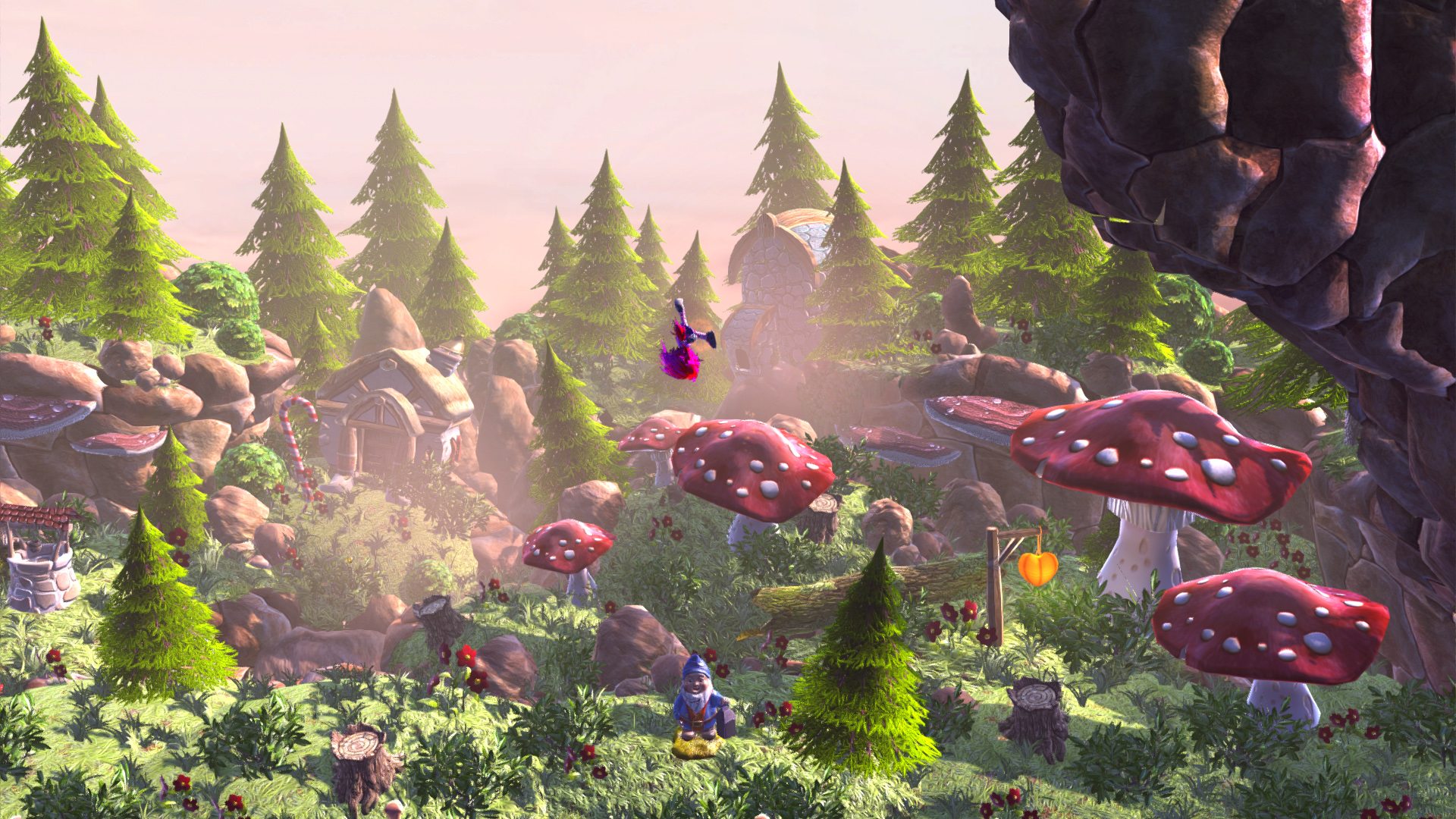 Independent game developer Black Forest Games announces that their twisted platformer, GIANA SISTERS: TWISTED DREAMS has been released worldwide through Steam, GOG.COM, GamersGate, and on PC (Windows). The game is currently available for $13,49 (13,49€ in Europe), discounted by 10% off its original price of $14,99 (14,99€).

After 12 months of development, a hugely successful campaign on Kickstarter and a tremendous fan following on Steam Greenlight, Giana Sisters: Twisted Dreams – grandchild of the 80s classic game “The Great Giana Sisters” – is now finally available world-wide via digital download. The release marks the 25 th anniversary of The Great Giana Sisters which was published in 1987.

Giana Sisters: Twisted Dreams is a challenging fast-paced platformer with a twist and an amazing Soundtrack from game music legend Chris Hülsbeck and SID-metal-rockers Machinae Supremacy. Players have to muster all their skills, speed, brains, and powers to defeat the dangers that populate her twisted dreams!

“To have Chris Hülsbeck and Machinae Supremacy honor this project by contributing their music to it is like the icing on a cake. Working with these guys has been a blast,” states Vladimir Ignatov, Senior Producer.

Cute Giana moves with speed and grace, twirling past hazards and adversaries with a light touch and gentle heart. With a quick morph her punk side comes out to play, full of raw attitude and a powerful dash to crush obstacles that block her way!

• Challenging Levels – Discover three distinctive worlds with 23 challenging levels. Each one transforms from fluffy nightmare to spooky dream by a push of a button.

• Personal Style – Whether you like speed run through each of the amazing levels or take your time exploring even the last secret of Giana’s dreams. It’s up to you.

• Amazing puzzles – Blocked pathways open up when Giana transforms: pretty flower beds mutate to thorn covered bushes and diamonds can only be collected in one form or the other.

• Epic battles – from vicious gargoyles to magnificent boss-monsters. You’ll need every trick in your sleeves to master all the challenges that lie ahead of Giana.

“A unique game that promises to provide a nostalgic challenge along with a great soundtrack and interactive world.” Audun Sorlie, destructoid.com

“The sheer amount of detail and work that went into the graphics do indicate to show you the sheer about of love for this fraaahhh-!” Cynical Brit