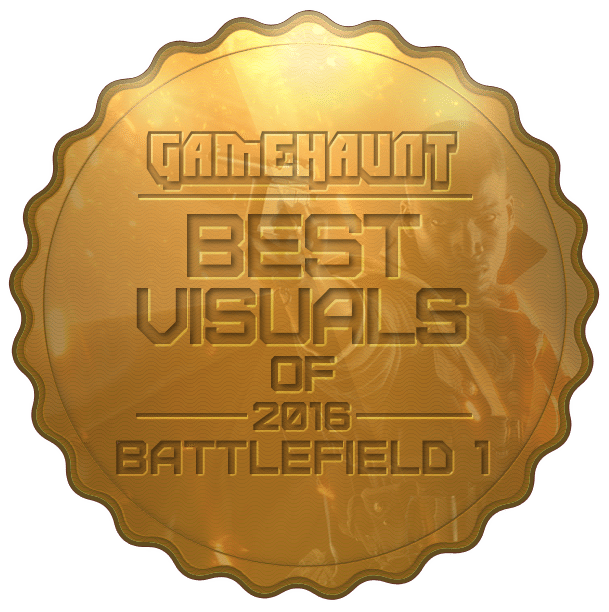 We are in the era of hardcore gaming and with the new and improved features being added to games these days, it’s only going to improve further. First Person shooter games have a huge market nowadays and there are lots of popular gaming companies adding new installments to their franchises. One such popular game franchise is the Battlefield.

Battlefield 1, the first person shooter video game, developed by DICE is the 15th installment in the Battlefield franchise. This game was released in the month of October, 2016 and got positive response from the audience. The winner of the best action game award, Battlefield 1 was the first main entry after battlefield 4 which released in the year 2013. The game is inspired by historic events and the locations take us back to the period of World War I.

The single player story mode in Battlefield 1 consists of 6 separate war stories. The stories are told from the perspective of separate soldiers from different nationalities. Strom of Steel, Through Mud and Blood, Friends in High Places, Avanti Savoia, The Runner, Nothing is written are the 6 different stories in the game. The locations include France, England, Italy, Turkey and Mesopotamia. World War I Was chosen as the game’s main setting since the weapons used in this period would suit the different play styles. Gameplay was made without any lags and the story of the game is told through multiple war heroes. 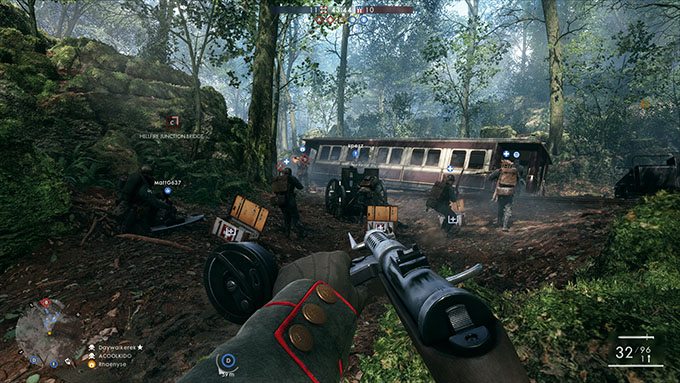 Survive through epic battles set in various locations of the world. Start your biggest adventure, explore new weapons and take control of mesmerizing vehicles. Fight hard to win the battle.

In the Battlefield 1 game, the whole concept of good and evil is completely changed. We get to play as both the good and the bad guy. This proves to be a totally different experience in a first person shooter game. World War I and new melee weapons are introduced in this game. Armored vehicles and weapon customization options are also included in this FPS game.  The environments in this game are more open and you get more options to help with completion of levels and approaching combat. The best thing about this game is that you get to play as different characters. Multiplayer option supports up to 64 players and it comes with a total of 8 classes. 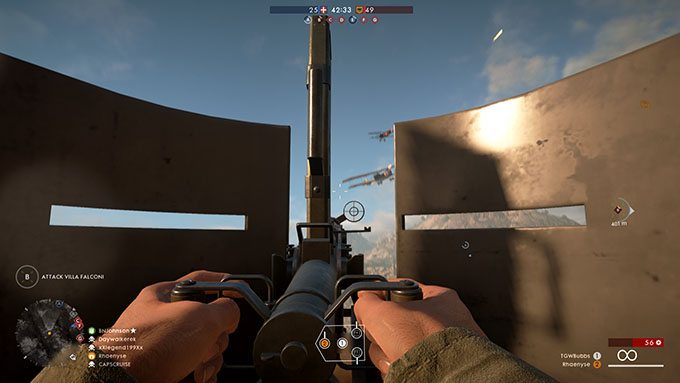 The visuals are top class and it keeps you glued to the game. The battles that take place are legendary. With each mission, you’ll explore new characters and find new ways to combat. The 6 stories let you take control of a soldier, a tank driver, a Pilot, an artilleryman, a runner and an assassin.

This single player campaign is divided into several segments with each segment having its own tone. The developers of Battlefield 1 have highlighted the complex nature of the First World War through the gameplay and different stories that come up during the game. 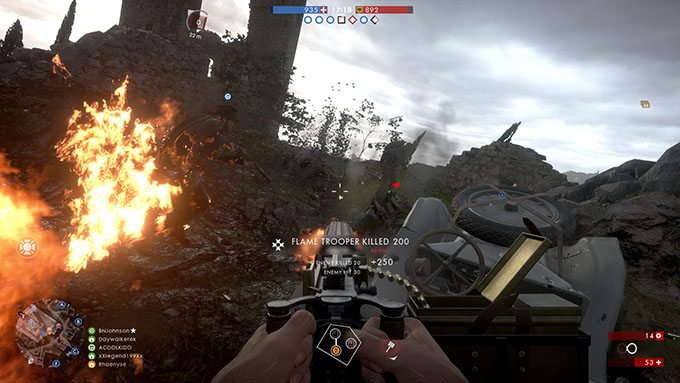 The first prologue of the game gives you an opportunity to play as a new soldier if you die once. The next story is set in a different location and you play as a different character. The characters in the stories were very strong and their voices were of exceptional quality. The gameplay is all about fierce guns and quick dodging or running skills. You get to see different perspectives of the war as you move from one location to the other. The combats are brutal in all the various stories and the different situations helped to give it an interesting theme. Different missions can be seen in each story and it adds to the depth of the plot. With guns blazing all over the place, you have to dodge each strike and shoot down the foes.

The multiplayer version is well known for its maps, weapons, vehicles and match types. You get to see the real locations where the war actually took place. The stunning landscapes and realistic locations enhance the perfection level of the game. The maps help with easy navigation and it comes with a variety of match modes. Give commands, play as a team and finish the objectives to win the match. 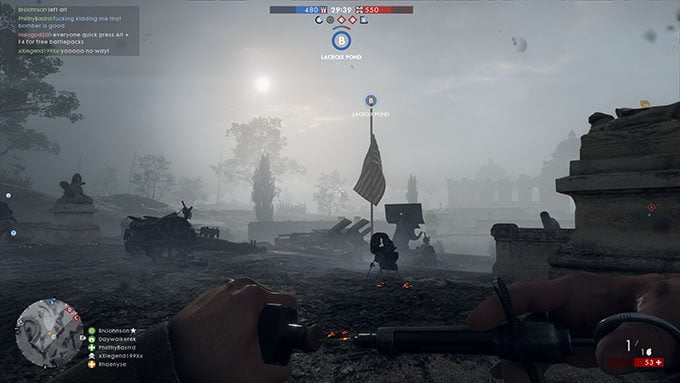 When it comes to the weapons, the range, accuracy and fire rate are found to be well balanced. The audio effects during combat are spectacular and it keeps you engaged in battle. Each weapon is different and so you must be aware of the ammo that you have. Quick reloads are required if you have to combat without getting shot. There are lots of special weapons which can be used in combat. The melee combat is quite good and could use a little more upgrade. But overall it seems to be good even if you need to take long range shots. Different types of vehicles serve as a great source of fun and contention within this game. The destruction during battle has been enhanced and it looks a lot more realistic than the previous installments.

The 6 different stories add depth to the plot and make it more interesting. The excellent style of combat and different variety of weapons will urge you to come back for more. Multiplayer version of the game is yet another element which enhances the fun and excitement. Overall, Battlefield is an engaging action game which is worth playing more than once. 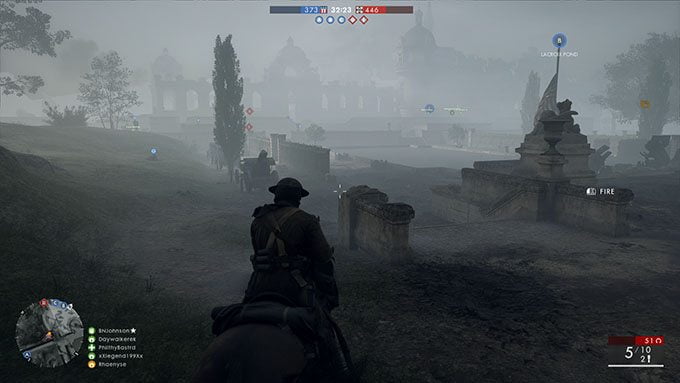 Battlefield 1 is a pure action war game especially developed for hard core gamers who like the most popular FPS genre. In general, the gameplay experience will be a fierce maelstrom of death and destruction. The high quality graphic, wide variety of weapons, vehicles, multiplayer modes and different stories add more strength to the core of the game. Although it may need a tiny little enhancement, the game keeps us engaged and never disappoints. Battlefield 1 is certainly one of the best games released this year. We would give a rating of 9/10 for this highly impressive action packed war game. 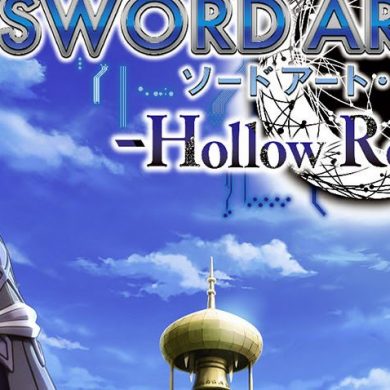