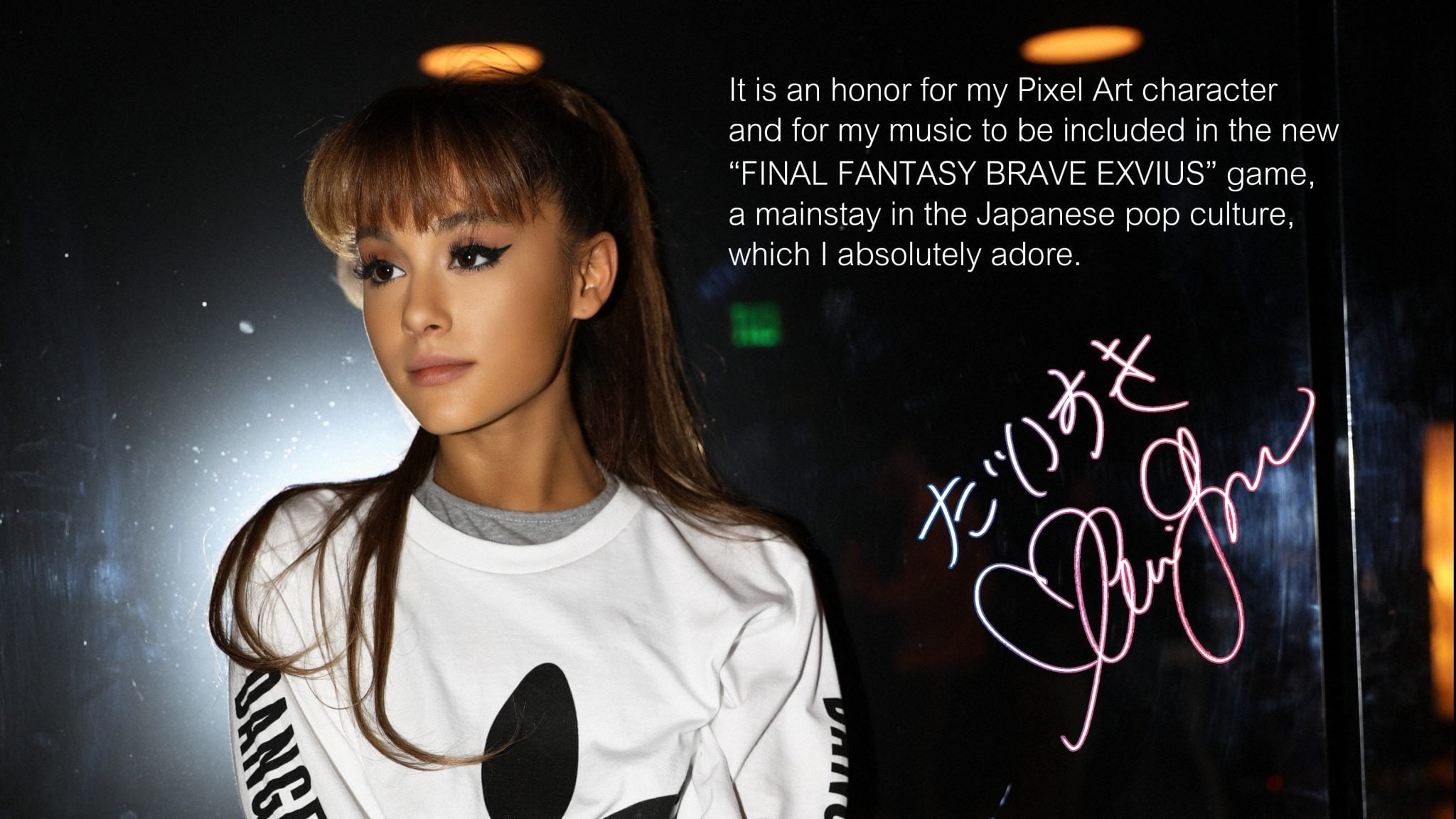 Fans of FINAL FANTASY BRAVE EXVIUS, the free-to-play FINAL FANTASY mobile game, are in for a surprise this month as internationally acclaimed recording artist and actress Ariana Grande will lend her likeness to the hit RPG. The collaboration with the superstar is further detailed in a new video, which can be viewed on

As part of this collaboration, Ariana’s hit song “Touch It” will be arranged as a FINAL FANTASY BRAVE EXVIUS –style remix, which can be listened on YouTube. More details around the collaboration and limited-time in-game event will be revealed in the middle of January.